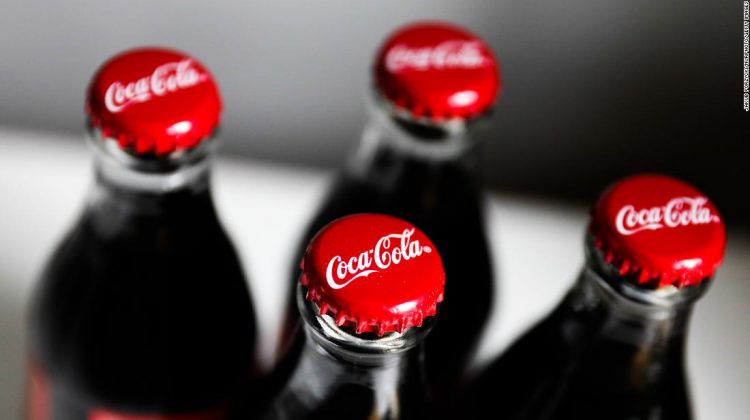 The company’s make-your-own label promotion lets customers write short messages on custom Coke bottles. Although Coca-Cola (CCEP)tried to block some slurs and trademarks, social media users were quick to discover that the company’s restrictions were hardly comprehensive — and in some cases blocked inoffensive terms.
For example, “Black Lives Matter,” is blocked. But “White Lives Matter” isn’t. Coke included a special rainbow label for pride month, but you can’t write “Gay Pride” on the bottle. However, you can write “I hate gays.” “Hitler” and “Nazi” are banned, but users can customize bottles with the phrases, “I am Hitler” or “I am a Nazi.”

When the company’s system blocks a word or phrase, a message pops up that reads: “Oops! Looks like the name you requested is not an approved one. Names may not be approved if they’re potentially offensive to other people, trademarked, or celebrity names. We’ve worked hard to get this list right, but sometimes we mess up. If you think this is an error, please contact our Customer Care team. Otherwise, please try again, keep it fun and in the spirit of sharing!”

It’s unclear if anyone actually purchased bottles with those custom labels and unlikely that any were produced, but Twitter users picked up on the apparent gaps in the restrictions and tweeted about it.

“We’re continuously refining and improving our Share A Coke personalization tool to ensure it is used only for its intended purpose,” a Coca-Cola spokesperson told CNN Business. “Words or phrases that have appeared in the preview mode of the tool may not necessarily be approved, but rather are words we have not previously assessed,” the spokesperson added. “Actual bottles are not made with words that are inconsistent with the program’s intent. We have clarified in the tool’s preview mode that proposed language may require further review.”

Although companies like Coke should probably be more cautious about launching these types of campaigns, the internet is also notorious for ruining good-natured, corporate outreach. For example, in 2013, JPMorgan started an ask me anything with the hashtag #AskJPM. It went about as well as you’d expect, with people asking for their foreclosed homes back and cursing out CEO Jamie Dimon. JPMorgan shut down the Q&A, admitting it was a “bad idea.”
And in 2016, Microsoft released an AI chatbot that learned about how humans speak by reading the internet. It immediately began spewing racist and hate-filled terms, and Microsoft quickly shut it down.

That’s the internet for you.