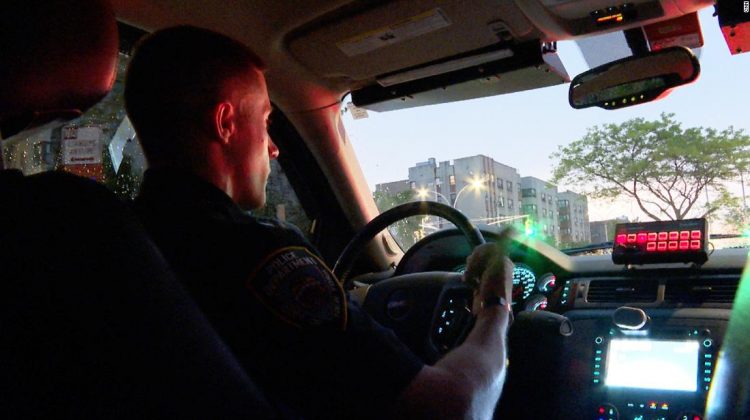 We joined officers of the 4-6 on patrol on two busy nights and found them responding to a crime wave on a scale they have never experienced.

“I grew up in the South Bronx. I’ve never seen this,” Officer Yesenia Rosado told CNN.

Here, these officers find many of the shooters and victims are still in their teens.

“It sucks to see 16-year-old kids shooting and killing each other,” said Officer Katherine Torres. “And that’s what we do see a lot of here. We have 16-year-olds with robbery patterns and murder charges and it’s like they didn’t actually get to be kids.”

Police officers and commanders blame a mix of factors for the rise in crime. The end of the pandemic has brought residents out of their homes. Guns have flooded these communities, often traveling a so-called “iron pipeline” of trafficked weapons from southern states with more lax gun laws.
The jump in crime in New York City has also coincided with changes to policing and the justice system. New York enacted bail reform to reduce or eliminate jail time for suspects while awaiting trial for many misdemeanors and nonviolent felonies. Police say this has had the unintended consequence of putting repeat offenders back on the street.

“I’ll still be at work and they’ll be back at the precinct picking up their property before I’m even done with court,” said Officer Michael Kearns.

George Floyd’s killing — and a series of police-involved shootings over the last few years — have eroded trust in police across the country. In the 4-6, familiar neighborhoods have become hostile ground for police, turning officers into targets in communities they know and many even grew up in.

The growing animosity creates real dangers for these officers on the beat.

This environment can have a debilitating effect on the rank and file. The NYPD is now shedding officers faster than it can recruit new ones. Some are retiring early or simply leaving the force. Officers say it is partly a problem of morale.

The NYPD has had its own failures. The 2014 death of Eric Garner during an arrest in which an officer used a chokehold did not result in charges but still resonates here. NYPD Commissioner Dermot Shea, who repeatedly condemned Floyd’s killing, says police departments have the responsibility to police their own aggressively.

“We have over 6 million calls for service a year,” Commissioner Shea said. “We may have negative encounters where we have to arrest people, without force being used, but hundreds of thousands of times a year. Jim, one bad incident can set you back so far and you see that across the country.”

As New York and other cities simultaneously grapple with the aftermath of Floyd’s killing and the rise in crime, police are debating a whole range of police policies and tactics.

“We had a situation last year with the murder of George Floyd where we had hundreds and hundreds of thousands of people marching and they had a voice too and they had a point of view,” Shea said. “So I think what we need is balance. What worries me is over time when we move too quick and now we have to recalibrate and kind of play catch up if you will.”

Shea and one of his predecessors, Bill Bratton, concede police overused some tactics such as stop and frisk. The practice reached nearly 700,000 stops in 2011, according to NYPD data. Two years later a judge ruled the policy was unconstitutional as applied since the NYPD focused too heavily on Black and Hispanic people. The decision allowed stop and frisk to continue but with new limits. In 2019, the NYPD says it recorded just over 13,000 stops.

“It’s how you do it and do you overuse it? And who are you stopping, in what neighborhoods and for what reason? That’s the discussion. Clearly when there was almost 700,000 in one year, I don’t think you need a courtroom to know that’s too far one way,” Shea said.

Nationwide, there is now a far broader debate about the very definition of policing.

When we joined them on patrol, we found officers repeatedly facing difficult decisions over the incidents they address versus those better suited for EMS or social services. On patrol, we witnessed a familiar kind of call for them: A man experiencing a potential mental health episode — possibly brandishing a weapon. In fact, “EDP,” shorthand for emotionally disturbed person, is a phrase we heard repeatedly on police radio.

The officers we met remain committed to the job of policing, but we could sense their frustration. Just a few years ago, violent crime across the city was at its lowest in decades.

This may be the broader lesson today: The recognition there are problems policing alone cannot solve. One group with a big presence in the 4-6 is Bronx Rises Against Gun Violence (BRAG), a program of the youth services provider Good Shepherd Services. Program director David Caba, a former convict and younger brother of a victim of gun violence, works as a violence interrupter, a civilian who tries to diffuse and deescalate conflicts before they turn violent.

“We not only help you in terms of the violence that’s going on, but also what else do you have going on that you need help with?” Caba told CNN. “Maybe there’s a substance abuse issue. Maybe you need some housing. There’s a difference with us. With us there’s no badge, there’s no gun, there’s no handcuffs, there’s no bulletproof vest. It’s our credibility. That is our strength.”