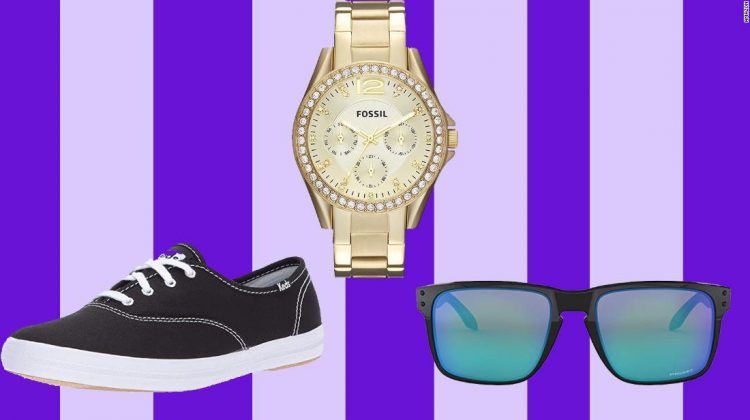 We’re gearing up for Prime Day next Monday and Tuesday, and while a whole lot of people tend to get fired up about great deals on electronics, beauty, and home goods during the sale, some of us are just there for the clothes. Last year, top brands like C9 Champion, Under Armour, Levi’s and Calvin Klein were on sale with major discounts, and shoppers loaded up on sportswear, sunglasses and more.

While Amazon has yet to reveal its exact sale items for the big day(s), chances are high that the same labels will be serving up some bargains again this year. We’ve rounded up some of the best deals from last year that we hope to see again, below.

These all-purpose sneakers are ones to bookmark ahead of time so you can head straight to the page on Prime Day to snag the bargain. A classic canvas pair of summer shoes, they go with everything from jeans cuffed at the ankle to a comfortable midi-length or mini-dress.

You might not be thinking about cold weather right now, but it’s worth grabbing a pair of winter boots off-season while the discounts are good. These classic Sperry chukka-style boots will keep your feet cozy and dry when you’re (sigh) shoveling the driveway in six months.

This year-round, goes-with-anything jacket was close to half off during last year’s Prime Day—and if you missed out on grabbing this wardrobe staple the previous round, don’t let it escape your cart this time. The trucker jacket is Levi’s classic cut, and you can layer it as the temperature drops, too.

Bralettes are here to stay (we’ve decided this), and this CK one is a classic. (Last year the matching undies were on sale, too.)

If you’re feeling the “treat yourself” vibes this year, this Fossil watch was a popular pick last year—and on sale for almost 65% off. Other watch brands, like Citizen, Timex, and Invicta, were also marked down for Prime Day, so keep an eye out for other classic brands as you shop.

This iconic style of jacket was the throwback piece we needed last year for our fall wardrobes—and our fingers are crossed it’s back on sale this year, too.

You’ll want to stock up on these three-packs if they’re on sale again this year: These are still some of the most comfortable boxer briefs out there. Last year they were discounted to $18, and we are hoping to see a similar price again.

If you swear by Oakley’s sports sunglasses (or are just in the market for a comfortable new T-shirt), the brand’s range was marked down in major ways last year during Prime Day.