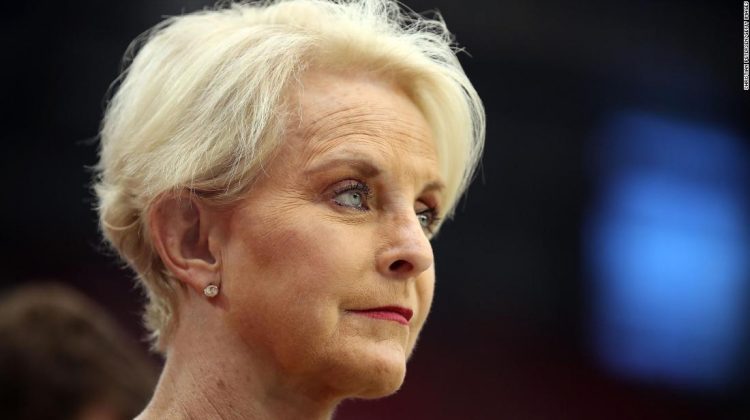 If confirmed by the Senate, McCain — the widow of longtime Republican Sen. John McCain of Arizona, whose relationship with the President spanned decades — will represent the US in a specialized UN role focused on ending global hunger and expanding access to quality foods worldwide.

“I am deeply honored and look forward the work ahead,” McCain wrote in a tweet.

The announcement underscores Biden’s push for bipartisanship in Washington — and the path traveled by McCain, a lifelong Republican, into the embrace of the Democratic Party after former President Donald Trump made an enemy of John McCain, the GOP’s 2008 president nominee.
Cindy McCain endorsed Biden during the 2020 presidential race and was later featured in campaign ads describing him as a leader who can cross party lines and unite the country.

“My husband John lived by a code: country first. We are Republicans, yes, but Americans foremost. There’s only one candidate in this race who stands up for our values as a nation, and that is @JoeBiden,” McCain said in a series of tweets last September.

In response, Biden had tweeted, “Cindy — I’m deeply honored to have your support and your friendship. This election is bigger than any one political party. It requires all of us to come together as one America to restore the soul of the nation. Together, we’ll get it done.”

McCain is a member of the Human Trafficking Council at the McCain Institute for International Leadership at Arizona State University and serves as chair and director of the Hensley Beverage Company.

The announcement on Wednesday came alongside a raft of others, including Claire Cronin — a Massachusetts Democrat — to be US ambassador to Ireland and Michael Carpenter — managing director of the Penn Biden Center for Diplomacy and Global Engagement — as US ambassador to the Organization for Security and Cooperation in Europe.

The President also picked former Delaware Gov. Jack Markell to be US ambassador to the Organization for Economic Cooperation and Development along with eight picks to the National Council on the Arts, among others.