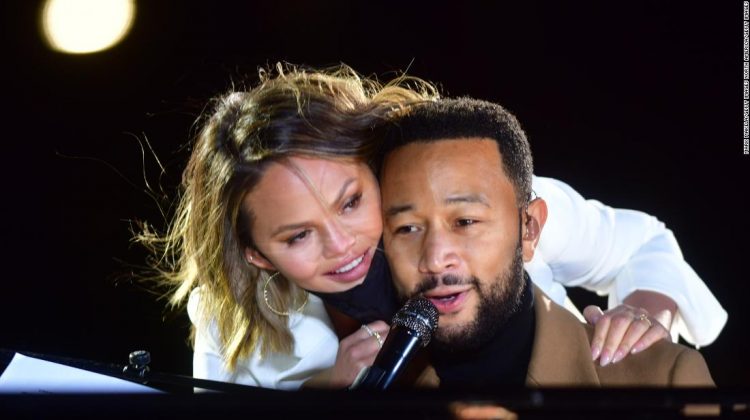 According to Costello, Teigen accused him of being a racist based on what he said was a “photoshopped comment” that he said has since been proven to be false and taken down.

The designer says he tried to reach out to Teigen to correct her, but says he was rebuffed.

“When I reached out to Chrissy Teigen to communicate that I was the victim of a vindictive cyber slander, and that everything she thought I was is not who I am, she told me that my career was over and that all my doors will be shut from there on,” he wrote in his Instagram post, which also includes direct messages he said he received from Teigen.

On Monday, Teigen shared a lengthy Medium piece stating, “I was a troll, full stop. And I am so sorry.”

According to Teigen, there are “more than just a few” people she needs to publicly apologize to and she says she’s been reaching out to some of the people she was mean to privately.

Legend supported his wife’s posting, tweeting it from his verified Twitter account and highlighting a line she wrote which said, “We are all more than our worst moments.”

Other celebs, including Zoe Saldana, offered Teigen support after her apology.

Billboard reported that UK singer Leona Lewis took to her verified social media to share an uncomfortable incident she said she had with Costello and to urge compassion.

“I feel that when people apologize (Chrissy) and show sincere remorse and rehabilitation for their actions, we should embrace them and not try and kick them when they’re down,” Lewis wrote.