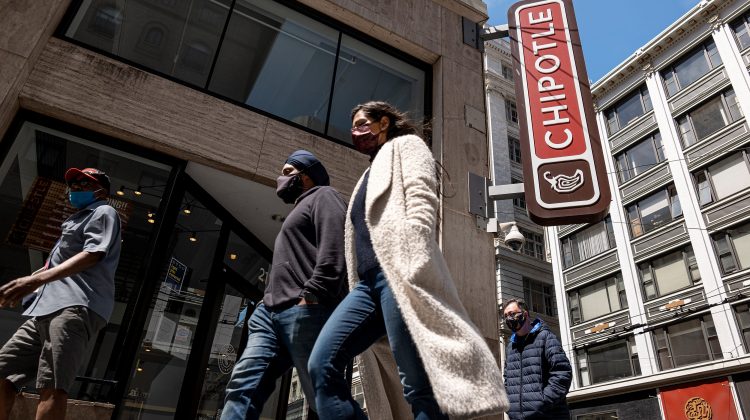 Chipotle Mexican Grill announced on Tuesday the first major upgrade to its loyalty program since it was launched two years ago.

Chipotle Rewards members will now be able to redeem their points for more rewards across its entire menu and more quickly. Just two visits to a Chipotle restaurant is enough for a free order of chips. Additionally, members can redeem their points to support Chipotle’s nonprofit partners, like the National Young Farmers Coalition.

Before, points took longer to earn and could go only toward a free entree. Members earn 10 points for every $1 they spend in the restaurant, online or in the app.

The changes come as other restaurant chains, like McDonald’s and Restaurant Brands International’s Popeyes, create their own programs to hold onto the digital customers the companies gained during the pandemic. Loyalty programs can fuel more frequent visits, higher average checks and offer restaurants’ valuable insights about consumers.

Starbucks made similar tweaks to its own loyalty program in 2019. In the three quarters following the coffee giant’s revamp, it added 3.1 million loyalty members, up 15% from a year earlier.

Since Chipotle Rewards debuted, it has added 22.9 million consumers to its ranks. The burrito chain has quickly built its membership by automatically enlisting users of its mobile app to the program. The surge of digital orders during the pandemic helped further expand membership. In the first quarter, online sales overtook in-person orders for the first time.

“Obviously the last year has been abnormal in terms of people’s purchasing behavior and what they’re doing, but we do see that when someone joins our rewards program, we can understand what their behavior was before they joined and their behavior after,” said Curt Garner, Chipotle’s chief technology officer. “Collectively, guests come more quickly for their second experience after joining and are building more frequency and engagement in our app.”

To promote the changes, Chipotle has created a racing video game that will go live for 48 hours, starting Wednesday at 12:01 p.m. ET. The top eligible scorer will win a 2021 Tesla Model 3, and the rest of the players in the top 10 on the leaderboard will take home an electric bike or electric skateboard.

Shares of Chipotle have risen nearly 3% this year, giving it a market value of $40.16 billion.