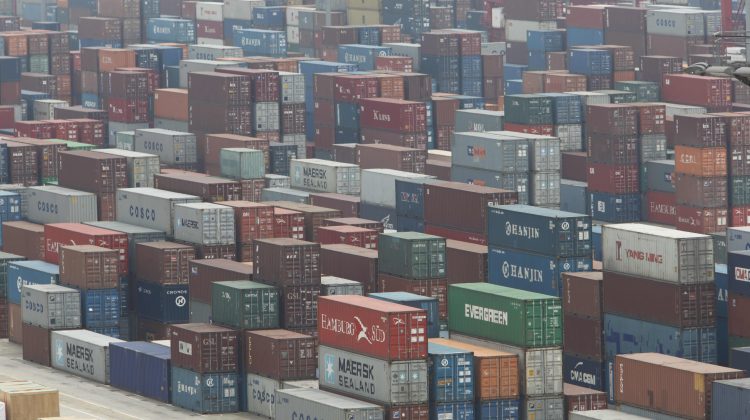 Supply chain disruptions may be a threat China’s growth outlook, according to a senior global strategy analyst at an investment management firm.

Julia Hermann of Cartica Management said, however, that even if growth slows in the second half of the year, it “doesn’t concern me in terms of the country’s trajectory” for this year.

She added that China is still the “country to beat” in terms of economic growth this year. China was the only major economy to register growth last year.

Hermann pointed to forecasts predicting that the Chinese economy would expand around 8% in 2021, but acknowledged that risks remain.

“I do think that a threat to that growth outlook could be on the trade side,” she told CNBC’s “Street Signs Asia” on Wednesday. “We’ve obviously … seen some major port capacity constraints emanating from these general supply chain bottlenecks.”

A recent outbreak of Covid-19 in the province of Guangdong in China has led to shipping delays and spikes in shipping costs at major ports in the mainland.

Such risks are micro in nature, and Chinese policy responds best to top-down shocks, Hermann added.

The shipping delays are a risk, but it remains to be seen whether the disruptions could worsen, she said.

“We’re really all watching and waiting … when it comes to these supply constraints,” she said, noting that the severe “supply disjointedness” makes sense, given the economic contraction that the world went through in 2020.

“It really does come down to how transitory this will be (and) how much it’ll feed into prices,” Hermann said, referring to concerns that supply disruptions due to the delays could drive up costs for businesses and customers alike.

Separately, she said Beijing faces fewer hurdles than Washington in rolling out a digital currency.

China has given millions of digital yuan away during trials in a number of cities.

Meanwhile, the U.S. continues to explore the move toward issuing a central bank digital currency. The Federal Reserve said in May it will release a research paper on the subject this summer.

The trade-off between privacy and being able to track bad actors was a big theme in the hearing at the U.S. House Committee on Financial Services Committee on the digital dollar, Hermann said.

“China’s clearly picked what side of that equation, they’re going to fall on,” she said. “(They’re) clearly going to sacrifice more privacy — but in the U.S., that’s a huge issue.”

I do think that talk about a digital yuan being a threat to the U.S. dollar is a bit overblown, based on what we can reasonably expect at this point.

In addition, the U.S. still needs legislative approval for the digital dollar, she said.

“I think that China has fewer roadblocks than the U.S. in terms of rolling out a digital currency,” Hermann said.

Still, that doesn’t mean that the digital yuan will necessarily undermine the U.S. dollar and its position as the global reserve currency.

“At this stage, it’s very early days,” she said. “I do think that talk about a digital yuan being a threat to the U.S. dollar is a bit overblown, based on what we can reasonably expect at this point.”