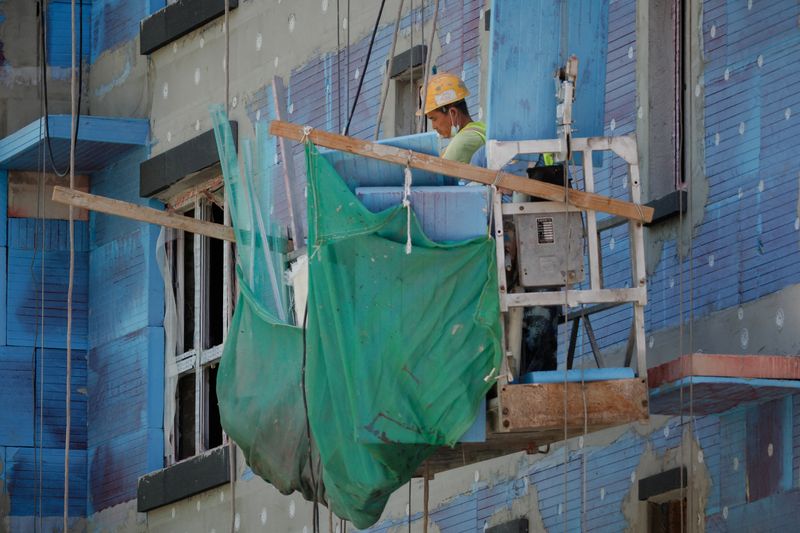 (Reuters) – China is planning to relax restrictions on borrowing for property developers to support the troubled sector by dialing back the “three red lines” policy, Bloomberg News reported on Friday.

The “three red lines” policy was unveiled in August 2020 to tackle property developers’ unbridled borrowing by restricting the amount of new borrowing they can raise each year.

Beijing may allow some property firms to add more leverage by easing borrowing caps, and push back the grace period for meeting debt targets set by the policy. Regulators could also extend the deadline by at least six months, which was originally June 30, the report said citing people familiar with the matter.

Under the new proposal, China will ease restrictions on debt growth for developers depending on how many red lines they meet, easing borrowing caps to companies that meet all three thresholds, the report added.

China’s property sector, which accounts for a quarter of the economy, was badly hit last year as cash-squeezed developers were unable to finish apartment construction, prompting a mortgage boycott by some buyers. A number of the country’s largest developers also defaulted on their debt and are entangled in prolonged restructuring negotiations.

To support the sector, policymakers have announced a spate of measures in recent months including making it easier for developers to raise fresh funds, loan repayment extensions and more help for homebuyers. But analysts expect the recovery to be a long and bumpy one.