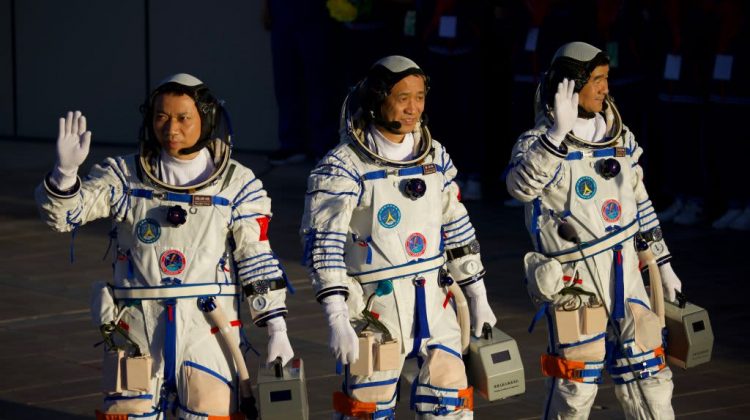 The move marks a major step as the world’s second-largest economy looks to boost its space capabilities and challenge the U.S.

The three astronauts — Nie Haisheng, Liu Boming and Tang Hongbo — were taken up on a Shenzhou-12 spacecraft which was launched atop a Long March 2F rocket at around 9:22 a.m. China time. It took off from the Jiuquan Satellite Launch Center, in northwest of the country.

Zhang Zhifen, director of the Jiuquan Satellite Launch Center, declared the mission a “complete success” at around 9:43 a.m. local time.

It’s the first time China has sent a manned mission to space since 2016 and will be a major point of pride as Beijing prepares for the 100th anniversary of the founding of the Communist party.

Beijing has made space exploration a top priority as China looks to challenge the U.S. in a number of areas of technology.

China expects its three-module self-developed space station to be fully operational by 2022.

In April, it launched one of the modules that will make up the space station called “Tianhe”, which will be the living quarters for the astronauts. And last month, China sent the Tianzhou-2 cargo spacecraft to dock with Tianhe. This spacecraft contains supplies for the astronauts such as food.

China will carry out 11 missions this year and next to complete the construction of the space station, including four manned missions.

The three astronauts sent to the space station on Thursday will spend three months there, testing the technologies required for the construction and operation of the space station such as life support mechanisms and in-orbit maintenance and also carry out space walks.

The space station will have separate sleeping areas as well as space-to-ground communications.

China is barred from sending its astronauts to the International Space Station, which is a co-operative effort between the United States, Russia, Europe, Japan, and Canada. That has fueled its ambition to make its own space station, which is expected to remain in operation for at least 10 years. The ISS, meanwhile, could be retired in 2024.