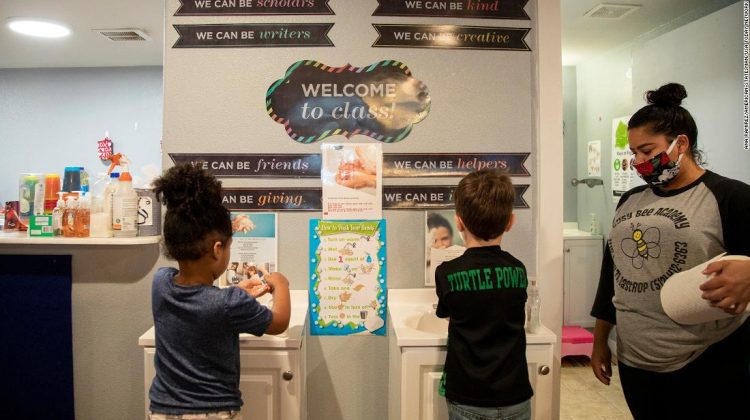 The Texas Workforce Commission last week approved opening up its childcare subsidy program to out-of-work parents seeking employment. It had previously been limited to those who are working or participating in education or training programs. (Parents who are already receiving subsidies when they are laid off can continue to get aid for three months to support them as they look for new positions.)

The jobless who are actively searching for work can receive assistance for up to three months. Their copays will be waived until they start a job. The measure, which is being funded by a federal grant, begins July 1 and runs through September 30, 2022.

A lack of childcare is frequently cited by unemployed parents as a major barrier to returning to the workforce, the commission said.

“For some Texans looking for a job, child care is that last piece of the puzzle that will help them reenter the workforce,” said Aaron Demerson, a commissioner representing employers.

Texas is among the 26 states ending the federal pandemic unemployment benefits programs early in an effort to push jobless residents back into the workforce.
But many consumer advocates and economists say that affordable childcare remains a big issue. The pandemic worsened the problem because many providers have shuttered or limited enrollment.
Share your story: How is the early end of pandemic unemployment benefits affecting job hunting in your state?

Other states have also taken steps to help parents get back into the job market. Oklahoma opened up its childcare subsidy program to jobless residents seeking work in May 2020, using federal funds from an early coronavirus relief package passed by Congress. Parents can receive aid for up to 60 days to look for employment or go on interviews.

Some 348 families have utilized the subsidy program over the past year, said Keili McEwen, spokeswoman for Oklahoma’s Department of Human Services.

In Arizona, GOP Gov. Doug Ducey last month announced a back-to-work program that cuts off the $300 federal boost to pandemic jobless benefits in July, but also provides parents receiving unemployment compensation with three months of childcare assistance from the state if they take a job. They must earn less than $25 an hour, or a yearly salary of roughly $52,000, to qualify. Applications will be accepted through September 6.
The US Chamber of Commerce is also urging states to use funding from the Democrats’ $1.9 trillion rescue package to help parents afford childcare.

Some 11 states allowed unemployed job seekers to access childcare subsidies even prior to the pandemic, said Karen Schulman, director of state childcare policy at the National Women’s Law Center. Another five states told the center last year that they temporarily opened their programs to the jobless during the outbreak.

Not only is it very helpful for parents to have childcare while looking for a job, but knowing they will qualify for subsidies once they start working also makes it easier for them to accept offers, Schulman said.

“It’s essential to have that time for a parent to focus on what they need to do to get the job and also to have the peace of mind that when they get a job, they have a secure childcare arrangement,” she said.