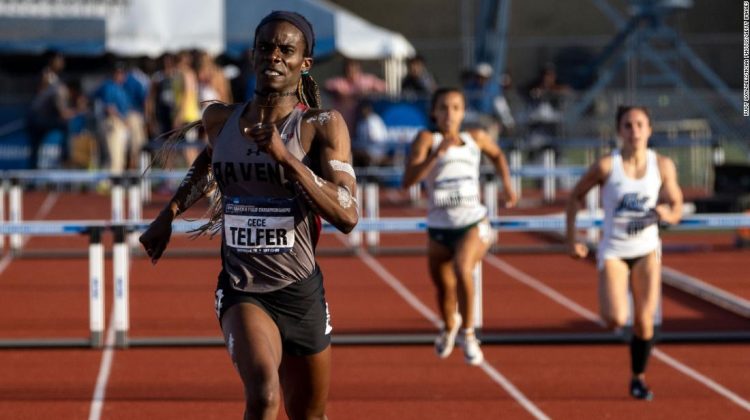 Telfer, a transgender woman, was entered in this week’s trials but did not appear on start lists, a USATF spokeswoman told CNN.

Telfer’s agent, David McFarland, told CNN in a statement, “The model of grace in the face of adversity, CeCe will respect USA Track & Field’s decision on her eligibility to compete at the US Olympic Trials this Friday in Eugene.

“CeCe has turned her focus towards the future and is continuing to train. She will compete on the national — and world — stage again soon,” McFarland said.

To be eligible for the trials in track and field, athletes must meet the requirements to be a member of the US Olympic Team, USATF said. The requirements for US Olympic teams are in the World Athletics “Eligibility Regulations for Transgender Athletes” guidelines, which Telfer has not met, the organization said.

The World Athletics guidelines state that one of the requirements to be eligible to participate in the female category at an international competition in events ranging in distances from 400 meters to a mile is that her testosterone levels must be less than 5 nanomoles per liter for a period of at least 12 months.

“Following notification from World Athletics on June 17 that the conditions had not yet been met, USATF provided CeCe with the eligibility requirements and, along with World Athletics, the opportunity to demonstrate her eligibility so that she could compete at the US Olympic Team Trials – Track & Field,” the USATF statement said.

“According to subsequent notification to CeCe from World Athletics on June 22, she has not been able to demonstrate her eligibility.

Telfer competed for NCAA Division II Franklin Pierce University men’s track and field team for three years before medically transitioning. Competing on the women’s team as a senior, Telfer won the NCAA title in the women’s 400-meter hurdles in 2019.