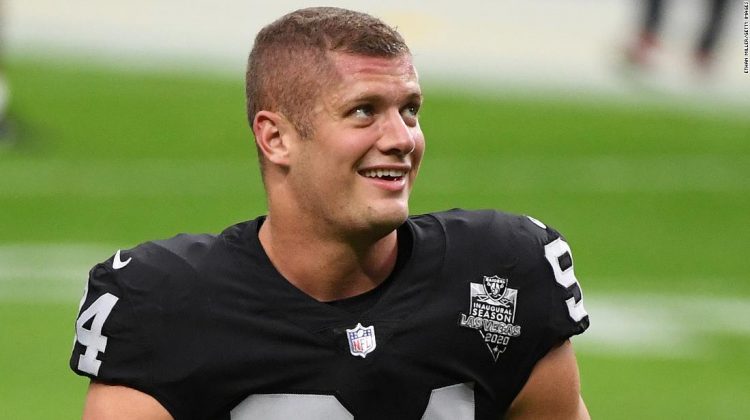 ESPN was first to report the news.
Nassib, a defensive lineman with the Las Vegas Raiders, announced Monday that he is gay. He’s the first active NFL player in league history to make such an announcement.

A spokesperson for Fanatics said that the company does not release specifics about sales figures.

The athlete, 28, has played five years with three teams and is entering his second season with the Raiders. He said in a statement accompanying a video announcement that he had agonized over the decision to share he was gay for 15 years.

Nassib added that he was a private person and wasn’t seeking publicity.

“I just think that representation and visibility are so important,” Nassib said in the video announcement. “I actually hope that one day videos like this and the whole coming out process are just not necessary. But until then, I’m going to do my best and do my part to cultivate a culture that’s accepting, that’s compassionate.”

– Jill Martin and Steve Almasy contributed to this report