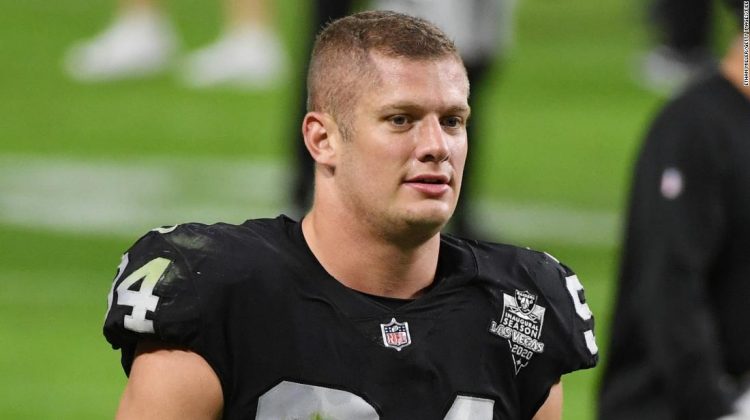 “What’s up, people,” Nassib said Monday in a video on Instagram. “I’m Carl Nassib. I’m at my house here in Westchester, Pennsylvania. I just wanted to take a quick moment to say that I’m gay. I’ve been meaning to do this for a while now, but I finally feel comfortable enough to get it off my chest.”

Nassib, 28, is entering his second season with the Raiders.

This is a developing story and will be updated.