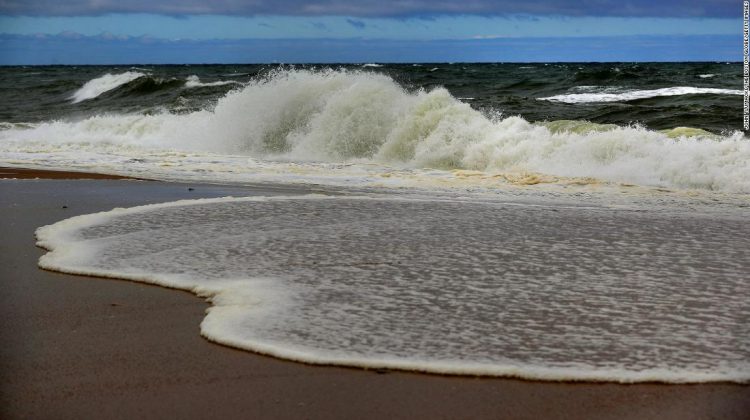 Beachgoers at Race Point Beach were ordered out of the water by lifeguards around 11:55 a.m. on Saturday, according to the Atlantic White Shark Conservancy app Sharktivity, which tracks shark sightings and alerts.

The no-swimming order remained in effect at the beach on the northern tip of Cape Cod National Seashore until one hour after the last shark sighting.

Over 24 sharks have been sighted in the area so far this month, according to John Chisholm, a shark biologist at the New England Aquarium.

“This is the time of year that white shark numbers start to increase in the region which happens to coincide with an increase in people heading to the beach,” Chisholm told CNN. “Everyone should be shark smart and review shark safety guidelines before hitting the water. If you do happen to spot a shark please report it.”

How to stay safe in the water

The National Park Service has issued eight tips to follow to stay “shark smart” at the beach:

If you notice a shark in the water, immediately let a lifeguard know, the NPS says. Do not reenter the water until you are told it is safe to do so.