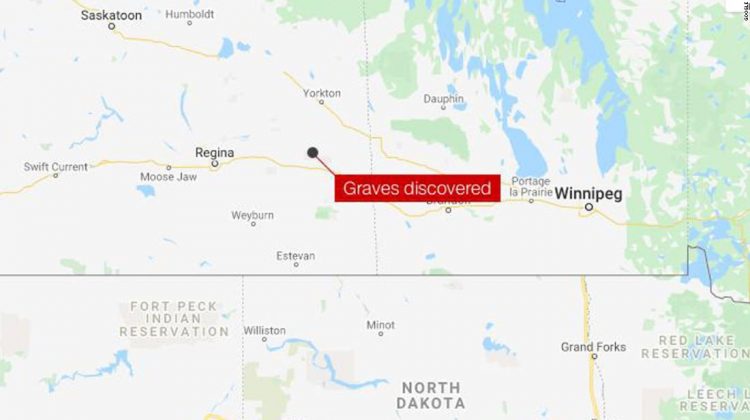 The Cowessess First Nation in Saskatchewan will host a news conference Thursday to announce the “horrific and shocking discovery” of the graves, the FSIN said in a statement.

“The number of unmarked graves will be the most significantly substantial to date in Canada,” the statement said.

Meanwhile, local leaders in Saskatchewan are contacting survivors and families to inform them of the remains, FSIN said.

“The first priority is the health, healing and wellness of the survivors and their families, as well as the community of Cowessess First Nation,” said Larissa Burnouf with FSIN Communications.

Photos and videos of the site are expected to be provided Thursday during the news conference.

The Cowessess Nation is located near the community of Broadview, about 95 miles from the provincial capital of Regina.