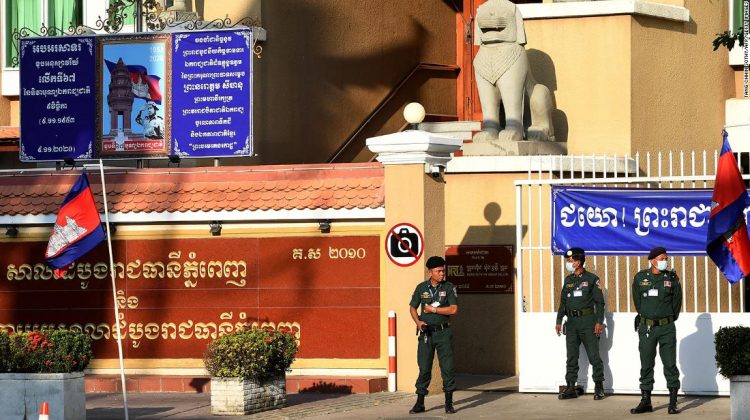 Plang Sophal, deputy prosecutor of Phnom Penh Municipal Court, confirmed the charges in a text message but did not specify how the activists, from the group Mother Nature, had broken the laws. “The evidence collected by the police was an insult to the king,” he told Reuters, without elaborating.

The four face up to 10 years in prison if found guilty of plotting and up to five years in jail for royal insults.

Mother Nature’s Spanish founder Alejandro Gonzalez-Davidson is overseas and was charged in absentia. He said the charges were “completely fabricated” and reflected government paranoia about its own citizens.

“As for the charges against me, I see them as further recognition that the regime sees my peaceful activism as a threat,” he told Reuters in a text.

“This marks an escalation with the outrageous charges of ‘plotting'”.

Government spokesman Phay Siphan said the government was applying the law and the defendants should “find a good lawyer to challenge this issue in the courtroom instead of fabricating the news”.

The United States last week scrapped a wildlife conservation program with Cambodia for what it said was a failure to tackle logging and intimidation of environmentalists.