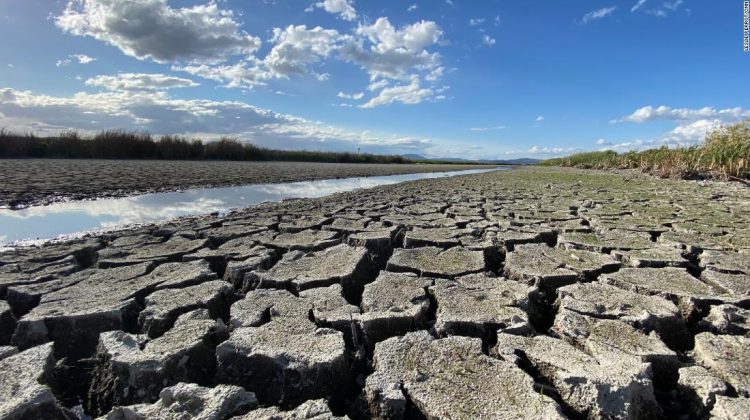 In the Los Angeles area, moisture levels in vegetation have fallen to lows not seen since 2016, when the region was in the grip of “exceptional drought,” the most severe level of dryness, according to Los Angeles Fire Department spokesperson Erik Scott.

“Live fuel moisture remain at or near historic lows at all sites for June 15,” Cal Fire’s San Mateo-Santa Cruz unit tweeted on Wednesday.

The latest fuel moisture samples, which measure the amount of water in vegetation, showed brush in the area had dried out four months faster than expected to lows not seen since October 2016, said Scott.

“We expect this fire season to be bad, primarily due to three reasons; the drought, climate change, and that people are moving into the wildland-urban interface,” Scott told CNN on Wednesday.

The heatwave bringing record high temperatures to the state this week is also raising concerns that even small fires could become difficult to control.

“We all are gearing up for a possible wildfire deployment due to this being the hottest week of the year in Los Angeles, and the dropping relative humidity,” Scott said.

“It was reiterated that our team needs to be on heightened alert as we have a very high potential to be extremely busy at any given time from here on out.”

Firefighters in Southern California are preparing for a long season ahead, conducting training exercises and drills to focus on the possibility of a large-scale event.

“We are leaning forward and taking proactive efforts in our training. For instance, we just concluded today, a three-day extensive wildfire drill” that included exercises with five Los Angeles-area fire agencies, Scott said.

Officials also expect water levels at a key California reservoir will fall so low this summer that its hydroelectric power plant will be forced to shut down for the first time, putting additional strain on the state’s electric grid.

The decrease in water at Lake Oroville — the state’s second-largest reservoir — directly impacts its hydroelectric power plants because the underground facilities depend on pumping water to generate electricity, which can power up to 800,000 homes when operating at full capacity.

While the water level in the reservoir is currently hovering around 700 feet, if it continues to fall at the currently projected rate to 640 feet there will not be enough water to continue operating the Hyatt plant in two to three months, coinciding with the typical peak of the summer heat and wildfire season.

“If lake levels fall below those elevations later this summer, DWR will, for the first time, cease generation at the Hyatt power plant due to lack of sufficient water to turn the plant’s electrical generation turbines,” said Liza Whitmore, public information officer of DWR’s Oroville Field Division.

The Hyatt power plant is the fourth largest hydroelectric energy producer statewide, according to the state’s energy commission.