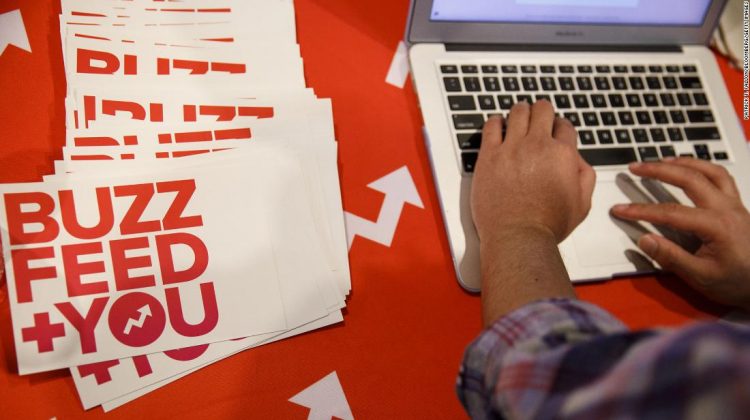 The company is going public through a merger with 890 Fifth Avenue Partners, a publicly traded special purpose acquisition company, or SPAC. As part of the move, BuzzFeed is also acquiring Complex Networks, a media company run as a joint venture of Verizon and Hearst and includes popular franchise “Hot Ones,” to expand its portfolio of brands.

BuzzFeed’s last big acquisition, in which it purchased HuffPost from Verizon (VZ) closed in February. This SPAC deal is expected to close in the fourth quarter of 2021.

“BuzzFeed is now the undeniable leader for the next generation of media. We’ve built a slate of essential brands, loved by the most diverse, engaged, and loyal audience on the Internet,” BuzzFeed CEO Jonah Peretti said in a statement. “With today’s announcement, we’re taking the next step in BuzzFeed’s evolution, bringing capital and additional experience to our business.”

Peretti co-founded BuzzFeed in 2006. The brand quickly gained attention for its ability to create viral content with popular lists and quizzes. It later expanded to create videos and invested in hard news coverage. Earlier this month, BuzzFeed News received its first Pulitzer Prize, one of the most prestigious awards in American journalism.
Like many other digital media companies, BuzzFeed grew through venture capital funding. In 2016, NBCUniversal invested $200 million in BuzzFeed at a valuation of $1.7 billion. But in the following years, BuzzFeed struggled financially to recoup costs as the media industry became increasingly competitive and digital platforms like Facebook (FB) and Google (GOOG) took more ad dollars. Its news division also was costly and unprofitable.
Over the past year, SPACs have been a more popular option for companies to go public rather than through a traditional initial public company. Digital media company Group Nine created a SPAC earlier this year. Vice Media, Vox Media and BDG have also discussed the option, CNBC reported.