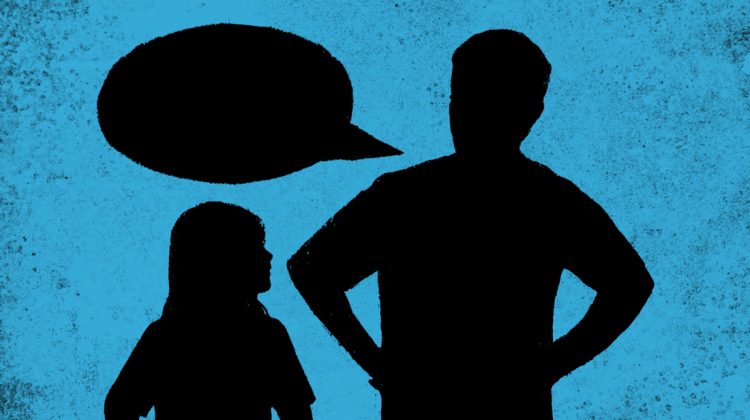 As it turns out, the official addition to our vocabulary was just in time to remind us of the value of instantly available humor, especially among freaked-out family members enduring lockdowns together.

If you tell dad jokes, you already know their usefulness in reducing tension and strengthening connections. A meta-analysis from 2017 in the journal Advances in Physiology Education examined the health benfits of humor and backs those findings. Humor, the analysis found, also promotes increased learning and stress reduction. That’s no joke.

“We value humor because it teaches communication, humility and happiness,” articulated my brother, Matthew Henneberger, an aficionado of the dad joke. What he loves about the genre is that dad jokes introduce these great lessons to kids at a very young age.

One of my favorites I got from him: “Where does George Washington keep his armies? In his sleevies.”

Dad jokes are also easy to come by, one of the low-hanging fruits of comedy. They require no setup, context or segue. They are prêt-à-porter. You can just drop a bad pun, say something goofy or blurt out the question and punchline answer together and immediately cash in on those eyerolls and smiles.

Try this one to anyone within earshot right now: “I was going to tell a time-traveling joke, but you didn’t like it.”

It’s that combination of groan and chuckle that defines a dad joke and also explains their appeal.

They are not all “dumb” though, even if that label is the response you get. Or maybe they are a little dumb. Smart-dumb. More Marx Brothers than Three Stooges. They are populated by puns (“Clones are people two”), one-liners (“It takes guts to be an organ donor”) and malapropisms (“What does a baby computer call his father? Data.”)

They are often simple and easy to grasp, but the best ones are clever, too. “What rhymes with orange? No, it doesn’t.”

But do you know when a joke really becomes a dad joke? When it’s apparent.

And they don’t have to be just for kids, despite the name. But they must be G-rated. Dad jokes don’t do blue or offensive. You can always safely tell a dad joke in front of kids, but depending on their age, you may need to explain why it’s funny (in a very dadlike fashion).

Take this Zen koanlike gem: “What did Buddha say to the hot dog vendor? Make me one with everything.” A worldly 10-year-old may get that one along with most adults, less so little kids.

And given their liberal use of homonyms, these jokes are often better delivered in person, like this one: “Did you hear about the circus fire? It was intense (in tents).”

My CNN colleague Alberto Mier likes to misuse his kids’ slang or purposely bungle the names of things they like (“The Tickity Tock,” for example).

Basically, dad jokes are just fun. And we need more fun. It’s also why we invited the mushroom to the party — because they are the fungi!

So, collect them, memorize them, and start dropping them on others. I have a Google doc of favorites I’ve stumbled across or were told to me by fellow dads (and moms), like this winner from fellow dad and friend Sam Younis: “Why did the old man fall in the well? He couldn’t see that well.”

During the pandemic, Younis bought a book of dad jokes (“The Little Book of Dad Jokes: So Bad They’re Good”). He keeps it handy in the kitchen just to lighten the mood.

“Now my kids read the jokes to me and shake their heads when they see me laugh,” he said.

When you hear or read them, curate your favorites. I picked up this science dad joke from a CNN interview with Neil deGrasse Tyson: “Why can’t you trust an atom? Because they make up everything.”

So, curate your list (in a “dad-a-base!”) and start busting them out. Fill the awkward wait at the start of a meeting, make your kid and their friends crack up (or enjoy their bonding over shared eye-rolling), and do it — maybe the chief reason — to delight yourself.

All right, ready for more jokes? CNN’s Dad Joke Generator has your fix.

Time for me to make like a tree and leaf.

David G. Allan is the editorial director of CNN Travel, Style, Science and Wellness. He also writes “The Wisdom Project” about applying philosophy to our daily lives. You can subscribe to it here.