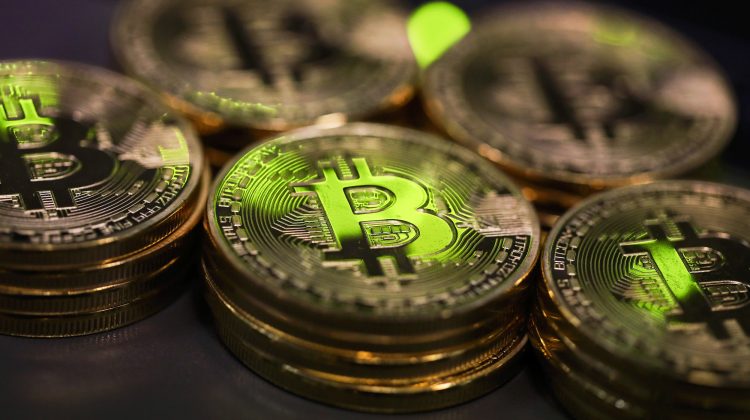 Bitcoin, the world’s best known cryptocurrency, has a few flaws — and that’s triggered other digital currencies to come up with more viable options, according to a professor at Cornell University.

It isn’t as anonymous as people think it is, and “mining” bitcoin is bad for the environment, pointed out economics professor Eswar Prasad. It also doesn’t work well as a currency, he told CNBC on Thursday.

One interesting aspect is that other cryptocurrencies have come up with solutions to address some of bitcoin’s flaws, said Prasad, who was formerly head of the International Monetary Fund’s China division.

Bitcoin mining refers to the energy-intensive process required to produce new coins and ensure the payment network is secure and verified.

The electricity used when transactions are validated on the bitcoin blockchain, as well as the mining process, is “certainly not good for the environment,” Prasad said.

Tesla CEO Elon Musk said last month that his electric car company will stop accepting bitcoin as a form of payment because of environmental concerns, causing the price of bitcoin to drop 5% in a matter of minutes.

He has since made an about-turn and said in a tweet on Sunday that Tesla will accept bitcoin in transactions if it can confirm “reasonable” and “clean energy usage by miners.”

Crypto miners use purpose-built computers to solve complex mathematical equations that effectively enable a coin transaction to go through. The miners are rewarded for their efforts by being paid in the cryptocurrency.

However, the entire process used to create a bitcoin requires a lot of energy and can consume more power than entire countries such as Finland and Switzerland, according to the Cambridge Bitcoin Electricity Consumption Index.

On the other hand, Ethereum — the second-largest cryptocurrency sometimes viewed as an alternative to bitcoin — is coming up with a different method of mining that requires less energy, Prasad pointed out.

Called “proof of stake,” it is the underlying mechanism for ethereum that activates so-called “validators” on the network, if they can prove that they hold ether, or a “stake.”

Ultimately, it should remove the need for vast amounts of computing power needed to validate transactions and the Ethereum Foundation claims it will use 99.95% less energy than before.

“That is going to be much less energy intensive, and it could deliver a lot of the benefits that bitcoin was supposed to deliver. It could also make transactions much cheaper and quicker,” said Prasad.

However, it’s not there yet, he added.

2. Not so anonymous after all

Earlier this month, U.S. law enforcement officials said they were able to recover $2.3 million in bitcoin paid to a criminal cybergroup involved in the ransomware attack on Colonial Pipeline in May.

The FBI said its agents were able to identify a virtual currency wallet that the hackers used to collect payment from Colonial Pipeline.

“The main idea of bitcoin… was to provide pseudonymity,” said Prasad. “But it turns out that if you use bitcoin a lot, and especially if you use Bitcoin to get any real goods and services, then it becomes possible eventually to link your address or your physical identity to your digital identity.”

What’s interesting, he said, is that there are other cryptocurrencies trying to fix this and offer more anonymity. He highlighted Monero and Zcash as some examples.

“So bitcoin really has set off something of a search for a better alternative and people seem to be on the lookout for a medium of exchange that does not require them to go through a trusted institution like the government or a commercial bank — but it’s not quite there yet,” Prasad said.

3. Doesn’t work well as a currency

In theory, bitcoin was supposed to provide an anonymous and efficient medium of exchange but “it hasn’t worked in that respect,” said the economics professor.

Rather, it’s “slow and cumbersome” to use bitcoin to pay for goods and services, and the market is very volatile, Prasad said.

Bitcoin is prone to wide swings in volatility, as seen by its 30% plunge in a single day last month.

“So you could take a bitcoin to a store and one day, get a cup of coffee and another day, with the same bitcoin, be able to treat yourself to a lavish meal. So that doesn’t work well for the medium of exchange,” he said.

Bitcoin has become a speculative asset for people who hope it will appreciate in value, rather than because they want to use it as a payment mode, Prasad said.