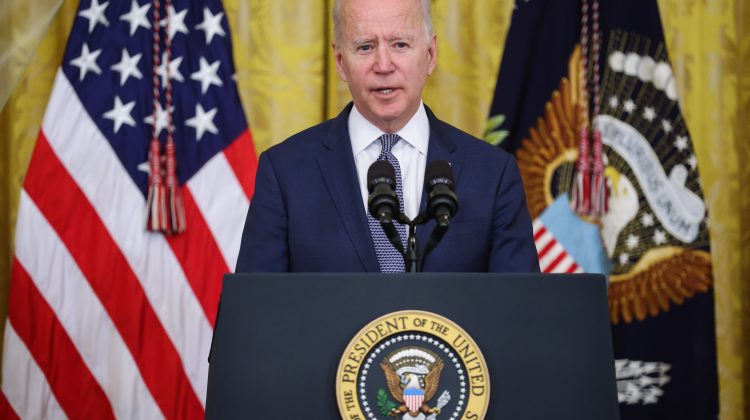 The U.S. would tax capital gains and dividends for the rich at among the highest rates in the developed world if President Joe Biden’s proposal were enacted.

The top rate high-earning Americans pay on dividends and the sale of appreciated assets would jump to nearly 49%, when combining all federal and state taxes, according to the Tax Foundation.

Ireland is the only other developed nation to levy a higher tax on investment income – 51% on dividends. But when it comes to capital gains, the U.S. would claim the highest top rate, according to Tax Foundation data.

(Unlike the U.S., many countries tax capital gains and dividends at different rates.)

“If the [Biden] proposal went through, we’re right at the top of the world,” according to James Hines Jr., a law and economics professor at the University of Michigan and research director at its Office of Tax Policy Research.

The U.S. currently taxes qualified dividends and long-term capital gains for the wealthiest citizens at about 29%. (Again, that’s a combined rate that includes state and federal taxes.)

That levy is about average among the 37 nations in the Organization for Economic Co-operation and Development, according to tax experts.

Of course, there are many caveats to this analysis.

It’s difficult to compare tax burdens across countries due to extreme variation in certain details, according to experts.

For one, the top U.S. rate would apply to relatively few taxpayers each year. Other developed countries impose their top tax rate on a broader pool of people.

The Biden administration policy targets the richest Americans — the top 0.3% — because they are often able to manipulate the tax system in their favor, according to a White House official. It’s therefore unfair to compare the top tax rate more broadly, the official said.

A recent ProPublica report found that some of the world’s wealthiest executives — like Warren Buffett, Jeff Bezos, Michael Bloomberg and Elon Musk — pay little to no taxes compared to their wealth.

Biden’s proposal would raise the top federal rate on long-term capital gains and qualified dividends to 39.6%, from 20%, for taxpayers with annual income over $1 million.

(Under current law, a 3.8% net investment income tax also applies to taxpayers with more than $200,000 of income and married couples with more than $250,000. Most states also impose a separate tax on capital gains and dividends — the average top state rate is 5.2%, according to the Tax Foundation.)

Denmark and Chile are the only other developed nations with a capital-gains tax rate of at least 40%. And relative to dividends, that’s true for just three countries: Ireland, Korea and Denmark.

Biden’s proposal is part of a broader plan to raise taxes for households making more than $400,000 a year, to help fund domestic initiatives that largely benefit the low and middle class. The plan would change capital gains taxes in other ways, too, including taxing appreciated assets upon an owner’s death.

But most Americans would pay a much lower federal tax rate than the headline top rate.

Indeed, the U.S. capital-gains tax regime is progressive relative to other countries, according to Garrett Watson, a senior policy analyst at the Tax Foundation.

The top bracket includes a lot of people in the U.K., whereas that wouldn’t be true in the U.S.

But France, for example, has a flat 30% tax rate on capital gains and dividends — meaning it applies to everyone regardless of income. (High earners pay an additional 4%.) The Netherlands, Israel, Germany, Japan and Hungary also impose a flat tax.

Even in nations without a flat tax, their top rate may include a broader swath of the population.

“The top bracket includes a lot of people in the U.K., whereas that wouldn’t be true in the U.S.,” Hines said.

Also, rules across developed countries may bump their tax rates up to levels higher than they might initially appear.

But they do tax dividends. And some levy a tax if the asset isn’t held for a certain length of time. In Slovenia, for example, the 0% tax only applies to assets held for at least 20 years. Rates could be as high as 27.5% for shorter holding periods.

Plus, U.S. states vary greatly in how they tax capital gains and dividends, according to Hines.

Their top rate under Biden’s proposal would be 43.4% (which includes the 39.6% federal rate and the 3.8% net investment income tax). By comparison, California, New York, and New Jersey would have combined rates of more than 54% for the wealthiest residents.