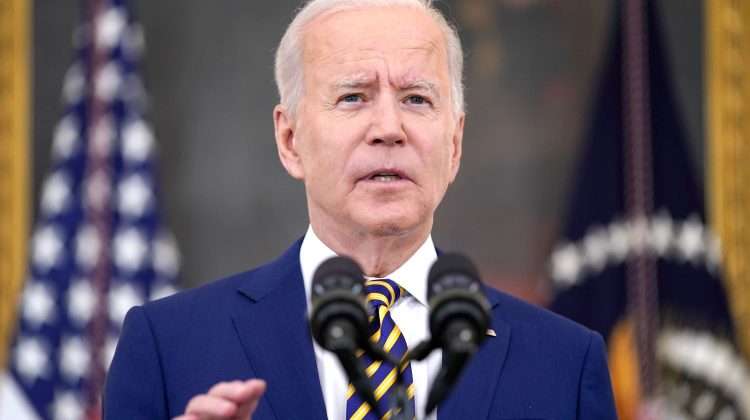 President Joe Biden on Friday doubled down on his administration’s plea to Americans to get vaccinated against Covid-19 as quickly as possible, warning the highly transmissible delta variant appears to be “particularly dangerous” for young people.

“The data is clear: If you are unvaccinated, you’re at risk of getting seriously ill or dying or spreading it,” Biden said during a news conference from the White House.

Delta, the Covid variant first identified in India, “will leave unvaccinated people even more vulnerable than they were a month ago,” he added. “It is a variant that is more easily transmissible, potentially deadlier and particularly dangerous for young people.”

Biden said the best way young people can protect themselves is to get fully vaccinated.

“Please, please if you have one shot, get the second shot as soon as you can,” he said.

The president’s comments come as his administration’s latest goal – to get 70% of U.S. adults partially vaccinated by the Fourth of July – is on track to fall short as the pace of vaccinations slows.

The World Health Organization’s chief scientist said earlier Friday that delta is becoming the dominant strain of the disease worldwide. That’s because of its “significantly increased transmissibility,” Dr. Soumya Swaminathan, the WHO’s chief scientist, said during a press conference.

Studies suggest delta is around 60% more transmissible than alpha, the variant first identified in the United Kingdom that was more contagious than the original strain that emerged from Wuhan, China, in late 2019.

Centers for Disease Control and Prevention Director Dr. Rochelle Walensky also said Friday she expects delta to become the dominant variant in the United States before urging people to get vaccinated. The variant now makes up 10% of all new cases in the United States, up from 6% last week, according to the data from CDC.

“As worrisome as this delta strain is with regard to its hyper transmissibility, our vaccines work,” Walensky told the ABC program “Good Morning America.” If you get vaccinated, “you’ll be protected against this delta variant,” she added.

Health experts say the delta variant is particularly worrisome for young people, many of whom have yet to get vaccinated. While scientists still don’t know whether delta causes more severe symptoms, there are signs that it could provoke different symptoms than other variants.

Dr. Paul Offit, director of the Vaccine Education Center at Children’s Hospital of Philadelphia, said the delta variant has essentially replaced alpha, the variant that swept across Europe and later the U.S. earlier this year. He said as the virus continues to mutate, the U.S. will need a higher percentage of the population vaccinated.

“How much more information do we need to see that this virus mutates and creates viruses that are more contagious?” said Offit, also a member of the FDA’s Vaccines and Related Biological Products Advisory Committee. “We need to vaccinate now. Get everyone vaccinated now.”

States have offering incentives ranging from free beer to $1 million lotteries to try to convince Americans to get jabbed.

On Friday, Biden touted some of those incentives, including most pharmacies are offering 24 hour services on select days for the month of June.