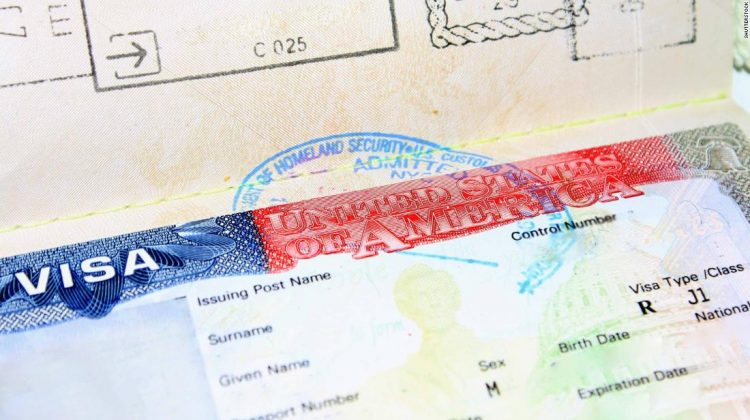 But months later, many foreign workers still can’t get to the US.

The issue is layered, with processing backlogs, Covid-19 restrictions and competition from other countries all playing a role.

A visa is a travel document, affixed to a passport, granting citizens from foreign countries permission to enter the United States for a certain purpose, whether it’s a business trip, a family vacation or a student exchange program.

Unlike passports, visas are issued by the country a traveler is intending to visit and there are dozens of different types of visas covering an array of travel purposes and countries of origin.

What are the current visa rules for foreign workers?

The White House this spring didn’t renew a Trump administration ban on H-1B and other temporary work-based visas. The decision opened the visa process again to a wide range of workers, from au pairs to software engineers. Here are the visas that were affected:

The H-1B is most well known as a visa for skilled tech workers, but workers in other industries, like health care and the media, have also been known to use it.

It generally applies to seasonal workers in a wide variety of industries, according to the National Immigration Forum, including landscaping, forestry, hospitality and construction.

According to US Citizenship and Immigration Services, this category covers “temporary intracompany transferees who work in managerial positions or have specialized knowledge.”

What’s stopping foreign workers from coming to the US?

Though the Biden administration has moved to roll back the raft of Trump-era restrictive visa policies, there are still a number of factors stopping foreign workers from coming to the US:

As CNN previously reported, the State Department is wrestling with a massive backlog of nearly 2.6 million visa applications that includes nearly half a million applicants who are “documentarily qualified” and ready for interviews, according to a legal filing by the department.

Backlogs in some immigrant-visa categories are 50 or even 100 times higher than they were four years ago, at the start of the Trump administration.

Dick Burke, the president and CEO of Envoy Global, an immigration services company, told CNN on Tuesday that the enormous backlog is a result of staffing shortages at the State Department and US consulates that aren’t providing visa application services because of the pandemic, including the US Embassy in London.

The pandemic has complicated the visa process in other ways too, including air travel. As Burke explained, different countries have different rules that change frequently and can be hard to follow.

“There is not a terrific transparency about which country changed what, and on top of that, you have inconsistent interpretation by the carriers. So certain airlines are much stricter on allowing individuals with documentation to travel — including valid green card holders — than others. Others are taking probably a too constrained interpretation.”

Competition from other countries

Another layer is other countries being more receptive to foreign workers and providing an easier immigration process.

Canada in particular, Burke said, has a “far more receptive posture to immigration” and is attracting foreign workers who know the “very difficult” process of getting US work visas. “They know they’ve got the same time zones, the same language, the same customs — strong proximity,” he said.

“And so Canada is offering an alternate to the US. Folks that say, ‘Everyone wants to come to the US, we can be as hard as we want,’ not so much anymore because of this third development, namely more hospitable foreign jurisdictions that are attractive to employers because of cultural reasons, language reasons, rule of law reasons, geographic proximity reasons,” Burke added.

What’s the impact on the US economy?

The issue is, at least in part, driving record-high job openings.

Neil Bradley, chief policy officer at the US Chamber of Commerce, told CNN earlier this month that the worker shortage can’t be solved in the long run without ramping up immigration.

“We’ve never seen a situation this broad-based across the country where businesses are having to turn down work because they simply can’t find the workers to do it,” Bradley said. “This crisis is not going to go away.”

As a result, the chamber is advocating for Congress and the White House to double the cap on employment-based visas, double the quota on H-1B visas for highly skilled temporary workers and H-2B visas for seasonal workers, and take other steps to overhaul the immigration system.