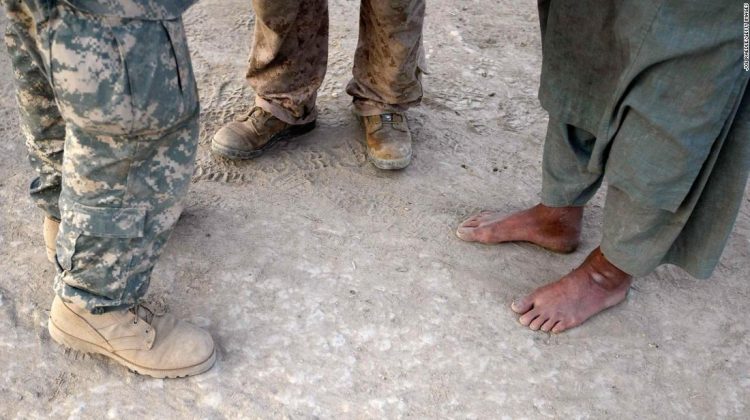 Some of these Afghans have been targeted for murder by the Taliban, one of the officials said, and the concern is that their safety will be in even greater jeopardy as US troops continue to withdraw from the country. But the evacuation process is not imminent, and the details are still being worked out amid several logistical and bureaucratic hurdles, the officials said.

A senior congressional aide said that in briefing members, the administration had not yet outlined the cost of the relocation, the resources it would require or a step-by-step plan. But the current thinking is that the relocation would send the Afghans to a third country while their visa process — known as Special Immigrant Visas — is completed, though a decision on which country would serve as the Afghans’ temporary home has not yet been made. Several people familiar with the discussions have pointed to Guam as an option.

The relocation plan would only apply to those who are already being processed, though that could shift if the administration sees a major uptick in visa applications in the weeks ahead, one official said. The proposal would also allow for family members of the applicants to join them.

The plan, first reported by The New York Times, is being finalized after several weeks of an opaque process that has frustrated lawmakers on both sides of the aisle and coincides with Afghan President Ashraf Ghani’s scheduled visit with President Joe Biden on Friday at the White House. Members of Congress were meeting with National Security Adviser Jake Sullivan on Thursday morning about the Afghan visa issue and other matters related to the withdrawal, sources said.

At a press conference Thursday, Rep. Seth Moulton, a Massachusetts Democrat, said the “news this morning that the Biden administration recognizes that the existing visa process will not be sufficient to meet this need and there needs to be an evacuation is news that we have been fighting for for a long time.”

“So, this is a good day in this story, but it is far from the final chapter. There is much more work ahead of us, we need to work with the administration on the details of the plan and that is one of the important reasons why we came forward with our own plan today to show the world and America and our leadership that we can do this and it’s not that hard, and we all know it is the right thing to do,” Moulton said.

Secretary of State Antony Blinken said this week that about half of the more than 18,000 visa applicants have only just begun the process of filling out the applications.

“We’ve surged resources to make sure that we could make good by the people who are seeking these Special Immigrant Visas,” Blinken said. “We’ve added about 50 people here at the State Department. A lot of the work actually gets done here at State. We have additional people in the field. We’ve reduced and in fact eliminated some backlogs that existed.”

The US military is also “participating in the planning process,” another administration official said. But there are a number of sensitivities and complications that are leading to “careful messaging,” the official added, including that a rapid evacuation will lead to a panicked brain drain out of Afghanistan of doctors, engineers, government officials and professional experts who scramble to leave amid a US-sanctioned evacuation. Administration officials have acknowledged this risk in talks with lawmakers about the plan, the senior congressional aide said.

Lawmakers urging the Biden administration to evacuate the interpreters have noted that Joint Chiefs Chairman Gen. Mark Milley and Defense Secretary Lloyd Austin testified to Congress this week that the Pentagon has developed a plan to evacuate the interpreters that they say would not interfere with the US military withdrawal from Afghanistan, but it has yet to put it in place.

“The plan has been designed — it’s just the President has to execute it,” Texas Rep. Mike McCaul of Texas, the top Republican on the House Foreign Affairs Committee, said during a press conference on Wednesday.

The Biden administration has spent months trying to decide if they are going to relocate these Afghans given a commitment to protect their safety. There are concerns about creating the impression that the US is encouraging Afghans to flee the country, which could become more violent when US troops withdraw.

It is also unclear whether the Taliban will allow a departure of the Afghans out of Kabul airport, one of the officials said, which is currently secured by Turkish and American forces but remains a vulnerability.