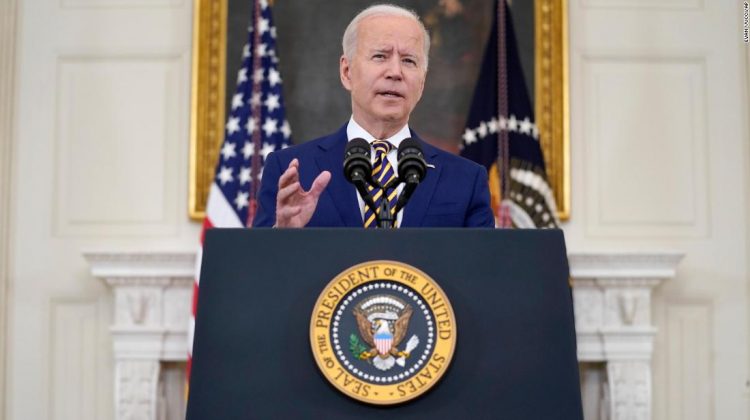 For all 80 million doses the administration has pledged to share, the White House has said 75% will be shared through the global vaccination program called Covid-19 Vaccines Global Access, or COVAX, and 25% will be shared directly with countries in need. Earlier this month, the administration announced its distribution plan for the first 25 million doses.

“Our goals are to increase global COVID-19 vaccination coverage, prepare for surges and prioritize healthcare workers and other vulnerable populations based on public health data and acknowledged best practice, and help our neighbors and other countries in need,” the White House said in a statement. “And, as we have previously stated, the United States will not use its vaccines to secure favors from other countries.”

Approximately 41 million of this second tranche of 55 million doses will be shared through COVAX, according to the White House.

Approximately 10 million of the COVAX doses will go toward countries in Africa that will be selected in coordination with the African Union.

The White House did not provide exact figures for how many doses would be sent to each country, only estimates for regions in general.

The doses will consist of Moderna, Pfizer and Johnson & Johnson Covid-19 vaccines. AstraZeneca’s vaccine has not been approved by federal regulators.

The White House is no longer committing to having all 80 million doses distributed by the end of June, which was its previously stated goal. Instead, a White House official said, “Shipments will go out as soon as the countries are ready to receive the doses and we work through the complex logistics with them.”

The White House is citing logistical challenges as the reason behind the delay in vaccine shipment, although CNN reported other issues, including officials having to develop a contingency plan given the doses they initially planned to use — made by AstraZeneca — had not yet cleared a US Food and Drug Administration safety and efficacy review.

“What we have found to be the biggest challenge is not actually the supply. We have plenty of doses to share with the world. But this is a Herculean logistical challenge, and we’ve seen that as we’ve begun to implement,” White House press secretary Jen Psaki told reporters on Monday.

Among those challenges, Psaki said, are sharing safety and regulatory information, ensuring teams have the supplies and transportation needed to receive the doses, ensuring proper storage and prep, and to make sure the vaccines clear customs. Language barriers have also been an issue, Psaki said.

“Just like we have in our domestic response, we will move as expeditiously as possible, while abiding by U.S. and host country regulatory and legal requirements, to facilitate the safe and secure transport of vaccines across international borders,” the White House said in a statement. “This will take time, but the President has directed the Administration to use all the levers of the U.S. government to protect individuals from this virus as quickly as possible.”

As part of Biden’s efforts to reassert US leadership on the world stage, the President announced earlier this month that the US planned to donate 500 million Pfizer Covid-19 vaccine doses globally. The move will also serve to counter efforts by Russia and China to use their own state-funded vaccines to expand their global influence.

In February, Biden said $2 billion in US contribution would go toward a global coronavirus vaccine initiative and would provide support to COVAX. Biden also pledged an additional $2 billion in funding contingent on contributions from other nations and dose delivery targets being met.

CNN’s Kaitlan Collins and Betsy Klein contributed to this report.