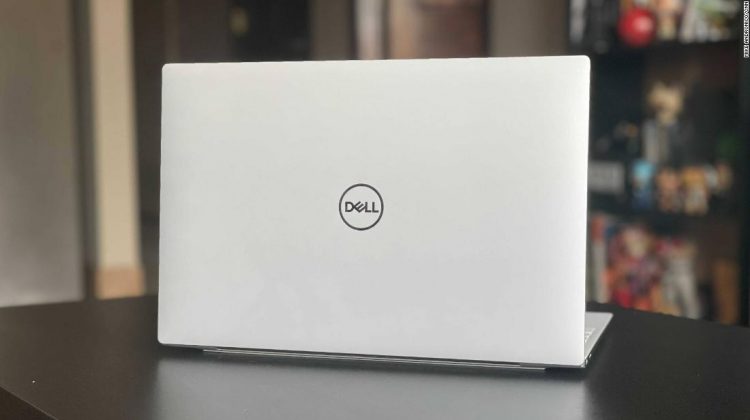 From highly portable ultrabooks to heavy-duty workstations, Windows laptops offer a bevy of choices to pick from. That’s why we’re here to help you find one that’s worth buying.

After testing some of the most popular models out there, the Dell XPS 13 emerged as our clear favorite, thanks to its attractive and slim design, best-in-class display and ability to juggle the dozens of tasks we regularly threw at the laptop at once.

The Dell XPS 13 packs a gorgeous, lightweight, slim and highly portable design for working anywhere, a nearly borderless display that makes content pop and a powerful 11th Gen Intel processor that can burn through most workloads with ease.

The Dell XPS 13 has long been our best laptop pick for Windows users, thanks to its fast overall performance and slick design, and the latest model makes it even better with the most immersive and stunning PC display we’ve seen yet. The model we tested, with a 13.4-inch HD display, looked beautiful in everyday use, with thick, inky blacks that made it easy to sift through work documents and plenty of color and detail when we stared at Henry Cavill’s chiseled face and shiny gray hair while streaming “The Witcher.”

The Dell XPS 13’s eye-popping InfinityEdge display has virtually no bezel to get in the way, and is packed into an equally sleek case that weighs just under 3 pounds and is a mere 0.5 inches slim. If portability is a priority, this laptop should be at the top of your list, as it’s super portable. And despite its svelte size, the XPS 13 is a beast under the hood. Powered by Intel’s latest 11th-generation Tiger Lake processors, the newest XPS 13 can tear through everyday tasks.

We regularly had 30 or more browser tabs open at once (including Twitch streams and web-based photo editors) alongside a number of apps, including Spotify and Discord, and never noticed any slowdown as we jumped between them. We then exported a 4K video on top of all of that, and Dell’s laptop still didn’t buckle, responding instantly any time we did a three-finger swipe to switch between apps while completing the task in about seven minutes.

The XPS 13’s keyboard felt fantastic in our testing, offering plenty of travel complete with a comfortable soft-touch coating on both the keys and wrist rest. We spent hours hammering away at work documents and never felt any discomfort, thanks to the keys’ smooth and bouncy feedback. It doesn’t offer quite as much travel as the Surface Laptop 4, which also has a softer Alcantara coating on the inside for your wrist. But having used various iterations of the XPS 13 for years now, we still think it holds up as one of the better keyboards you can find on a laptop.

And with optional touch functionality, the XPS 13 is as versatile as mainstream laptops get. The XPS 13’s touch display proved fast and responsible in our testing, whether we pinched to zoom into webpages or bounced between tabs or applications with the tap of a finger. If you want a true convertible tablet experience, the Dell XPS 13 2-in-1 features a 360-degree hinge that allows you to use the notebook as a tablet and prop the display up in stand mode. But the standard XPS 13’s touch screen still gets the job done for basic tasks.

Dell’s stunningly slim design does come at the expense of an equally slim port selection, as you get just two USB-C ports, a microSD card slot and a headphone jack. The inclusion of a microSD port gives it a slight edge in expandability over the MacBook Air, and Dell deserves credit for including a USB-C to USB-A adapter for your older accessories. But if you’re a power user who uses a variety of peripherals and monitors at once, you’ll probably need to spring for a dongle or USB-C dock.

The Dell XPS 13 starts at $949, which gets you an 11th-gen Intel Core i3 processor, 8GB of RAM, 256GB of solid-state drive (SSD) storage and a 13.4-inch, 1920 x 1200 non-touch display. We reviewed a slightly higher-end $1,322 model, which packs a faster Core i7 processor, a bigger 512GB SSD and a touch screen. Dell’s notebook comes in silver and black by default, but we recommend springing the extra $50 for the gorgeous Arctic White variation. It looks stunning.

We’d recommend opting for at least the $1,099 configuration or higher, as you’ll get a dependable Core i5 processor that can juggle tons of Chrome tabs and everyday productivity apps without a problem. If you want as much headroom as possible for getting serious creative work done, such as graphic design or video editing, you should consider a Core i7 option. And if you’re willing to spring for a more immersive display, you can configure the laptop with a 4K display starting at $1,349, and there’s a 3.5K OLED option that starts at $1,484.

We’ve tested both the 1080p and 3.5K OLED versions of the XPS 13’s display, and think the former offers more than enough color and detail for most folks — especially at this small 13-inch screen size, where we don’t feel the additional resolution of 4K makes much of a difference. However, the benefits of the OLED screen are pretty noticeable, with deep blacks and bold colors that make movies look more vibrant, as well as great contrast that makes apps really shine in dark mode. As such, those who do lots of visual work or want a laptop that can be their main device for streaming entertainment may want to consider making the splurge for OLED. Also, we found the touch screen to be a nice bonus rather than an absolute necessity, so you won’t miss much if you go for the starting non-touch model.

No matter how you configure it, however, the XPS 13’s beautifully svelte design, zippy performance and stunningly immersive screen make it the best Windows laptop you can buy.

As with every CNN Underscored review, we rigorously test devices both quantitatively and qualitatively. For laptops, we made the decision to benchmark first to get a standard for quantitative performance. If you’ve read our stand-alone laptop, tablet or mobile phone reviews, these tests will be familiar.

On Windows laptops, we performed GeekBench 5 and PCMark 10 tests. These run the laptops through a series of workflows and application processes, many of which you’d find yourselves (and we found ourselves) completing on a daily basis. For Mac laptops, PCMark 10 is not available, so GeekBench 5 was performed.

Regardless of operating system, we put each laptop through our standard battery test, which involves charging the laptop to 100%, setting brightness to 50% and engaging airplane mode to ensure connectivity is off. We then loop a 4K video file with the sound set to 15% until the battery dies and the machine turns off. These tests are monitored in person as well as via two cameras to ensure accuracy.

The combination of battery and benchmark testing gives us a quantitative feel for the devices and a hard number for each that can be used for comparisons. We then used each laptop as our daily driver for work, play and entertainment tasks, testing the battery to see if it could last through a full day of tasks, watching a movie to get a feel for the display and, of course, running a bunch of different applications.

Our testing categories were as follows:

The Surface Laptop 4 is one of the best-looking laptops we’ve tested yet, and it’s a delight to use. The notebook has the same slim design we loved on the previous Surface laptop, except now it comes in a stunning new Ice Blue version that really pops in person. You’re also getting the same unique 3:2 display (which is taller than competitors for easier multitasking) and a truly excellent keyboard.

Despite its great looks and fast overall performance on the 11th-gen Intel Core i7 model we tested, the Surface Laptop 4’s roughly 8.5-hour battery life lags behind many competing notebooks. For comparison, Lenovo’s ThinkPad X1 Carbon lasts over 10 hours. The Laptop 4’s webcam and speakers are also weaker than we’d like, and it’s fairly slim on ports (though you do get a USB-A connection — a rarity in many modern laptops).

Samsung’s Galaxy Book S looks absolutely stunning. It’s compact and lightweight, and it packs enough battery life to go well into the night after a full day of classes. However, it uses the same type of processor your phone uses, which means apps need to be built specifically for the platform. Because of that, whether or not an app works, or if it works well, is going to be a learning experience of its own. The technology behind the Galaxy Book S is undoubtedly the future, but it’s not quite ready for most.

Acer’s Aspire 5 surprised us with its performance, especially when you factor in its low price. Overall, however, the build quality, display and battery life held it back. Out of all the laptops we tested, the Aspire 5 had the worst battery life, clocking in at five hours and 30 minutes in our benchmarking. The plastic housing helps with the overall weight but at the cost of feeling cheap. About performance: The Aspire 5 kept up with the Dell XPS models we tested, and even some of the MacBooks, so we have confidence that this model will be able to get the job done. Just keep your charger handy.

We really liked the smaller of the two Surface Laptop 3 models, but the 15-inch model fell flat when it came to performance in our testing. Specifically, we tested the AMD edition, and both regular performance and battery life fell short of expectations — Microsoft’s and ours. For example, we saw a lowly five hours and 36 minutes of battery life in our battery benchmark. That’s not nearly enough to get through a couple of movies, let alone an entire workday. The overall design and appeal is there with the larger Laptop 3, but we just wanted more from it.