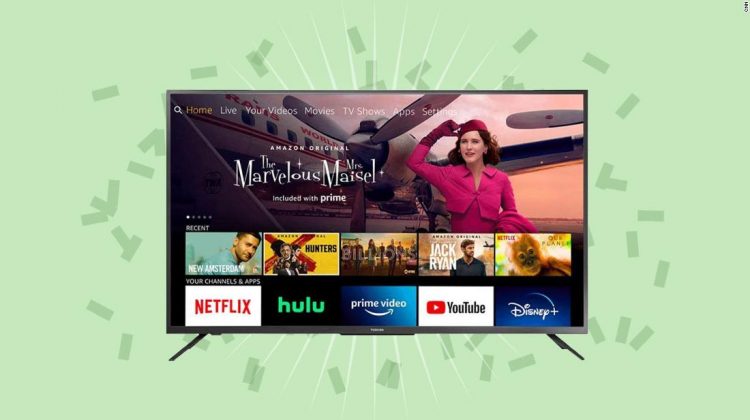 Prime Day is a great time to score a new TV, with some of our favorite sets discounted by as much as hundreds of dollars off. Whether you’re looking for an affordable smart TV, want to upgrade to a high-end 4K model or need a good streaming player, we’ve handpicked the best Prime Day TV deals you can score right now.

If you’re looking to bring a smart TV into your living room on a budget, Insignia’s Fire TVs are about as cheap as they come — and they’re pretty well liked. This 32-inch set plays movies and shows at 1080p, with a built-in Amazon Fire TV interface that gets you all of the essential streaming apps like Disney+, Netflix, Hulu and Prime Video.

A solid 4K TV option for folks on a budget, the TCL 43-Inch 4-Series features the Roku TV interface for jumping right to all of your favorite streaming services and three HDMI ports for your game consoles and streaming boxes. TCL makes our favorite TV overall in the 6-Series, making this lower-end counterpart well worth considering.

You can currently score a steep discount on the Hisense H9G, which packs a 55-inch 4K display complete with ULED display for delivering vibrant colors and rich blacks (similar to the QLED tech on some of our favorite Samsung TVs). You also get a voice-enabled remote and compatibility with Alexa devices for easy hands-free control.

A dependable budget smart TV that we’ve tested, this Toshiba Fire TV pumps out 1080p video quality with built-in Fire TV functionality for using Netflix, Prime Video, YouTube, HBO Max and more right out of the box. It’s not quite the lowest price we’ve seen, but it’s a very good deal for a 43-inch smart TV.

One of the most unique and coolest-looking TVs we’ve tested, the Samsung Sero has a slick 43-inch QLED screen that can flip from horizontal to vertical view with the press of a button — perfect for beaming mobile content (like TikToks) to the big screen. It’s a bit of a luxury showpiece, but this lowest-ever price makes it a much more practical buy.

One of the best OLED deals we’ve spotted so far, this discounted LG C1 gets you a rich 4K OLED display with handy extras like game optimizer features and built-in Google Assistant and Alexa support for hands-free commands. The LG CX comes close to being our favorite high-end TV, so this alternative model is well worth a look.

It’s a TV! It’s a work of art! With Samsung’s The Frame series, you get both. When not in use, this television doubles as a framed piece of art so you can enjoy the ultimate aesthetic experience in your home.

With access to thousands of streaming services and the unique ability to use Alexa on the big screen, the Fire TV Stick 4K is a steal at just $24.99. Better yet, you plug it right into the HDMI port, give it power and forget about it.

The Roku Ultra gives you access to thousands of streaming services — all at up to 4K resolution — in a slim package that doesn’t pry your eyes away from the big screen. It’s our pick for best overall streaming device and is back to its lowest recorded price.

Our pick for best soundbar, Roku’s excellent soundbar — currently sitting at an all-time low price — features a low profile, powerful audio and smart pairing capabilities that are on par with much more expensive models.

A more compact version of the Smart Soundbar, the Streambar packs many of the same great features as its larger sibling — including 4K output and an integrated Roku streaming player for easily accessing your favorite streaming services.

The Samsung HW-Q800T seriously impressed us with its booming subwoofer and immersive sound when we tested it, and this massive 50% discount puts it at its lowest price ever.

We really like the Vizio Elevate for its unique design, which features speakers that automatically rotate to make sure you’re getting the most engrossing sound possible. And at this lowest-ever price, it’s much less of a luxury purchase than it normally is.