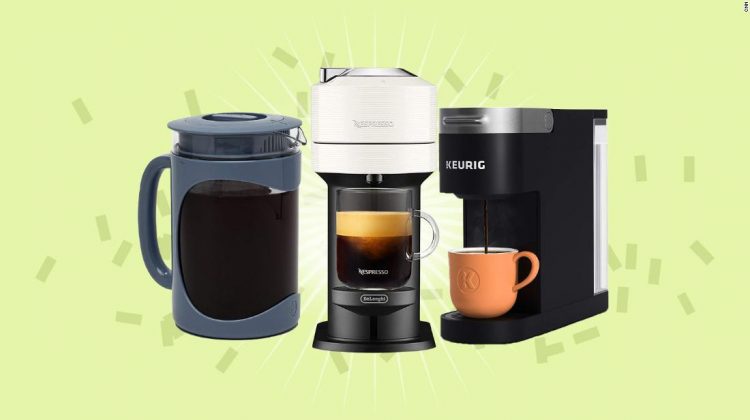 It might just be that we’ve been chugging coffee for the last two days while we sort through all the best Amazon Prime Day deals, but we’ve seen some pretty great savings on coffee makers. Tons of machines and brands are on sale, from your everyday single-cup Keurig to ridiculously luxurious espresso machines from Calphalon.

Below you’ll find the best coffee maker deals we’ve come across on Prime Day whether you’re into DIY lattes or just looking for a deliciously bitter cold brew.

This fancy Ninja coffee maker will help you make specialty brews in six sizes — and it can also make iced coffee. It has a built-in fold-away frother so you can make the latte of your dreams.

You can score up to 35% off Keurig coffee makers and pods this Prime Day, with the K-Slim Coffee Maker now matching its lowest price ever at just under $50.

This 4.3-star-rated machine can make you a fresh batch of cold brew in just 15 minutes, so you can have the brew you crave almost on demand.

Nespresso’s single-serve coffee makers are up to 45% off this Prime Day. This one comes with the the brand’s milk frother and a single-serve maker that can brew up coffee and espresso. And because of Prime Day, it’s now marked down to its lowest price ever.

This is the lowest price the Sboly Steam Espresso Machine has ever been. For under $50, you can become your own barista and whip up any espresso drink along with the included milk frother.

Beverages from Solimo, Keurig and More (starting at $3.46; amazon.com)

Sip on savings with deals on your morning cup of joe and beyond. You’ll find Prime Day deals on K-cups from Amazon’s own Solimo and Happy Belly brands, plus Green Mountain Coffee Roasters, Maxwell House and more. Plus, there are discounted packs of coffee grounds, tea bags, coconut water and much more to drink in.

Don’t want to shell out for a big machine, or maybe you just prefer a smaller storage solution to great coffee? This handheld milk frother is for you. For under $15, your latte possibilities are endless.

No ice needed, the HyperChiller Instant Beverage Cooler will cool down any coffee in 60 seconds or less. Scoop this up just in time for iced coffee season.