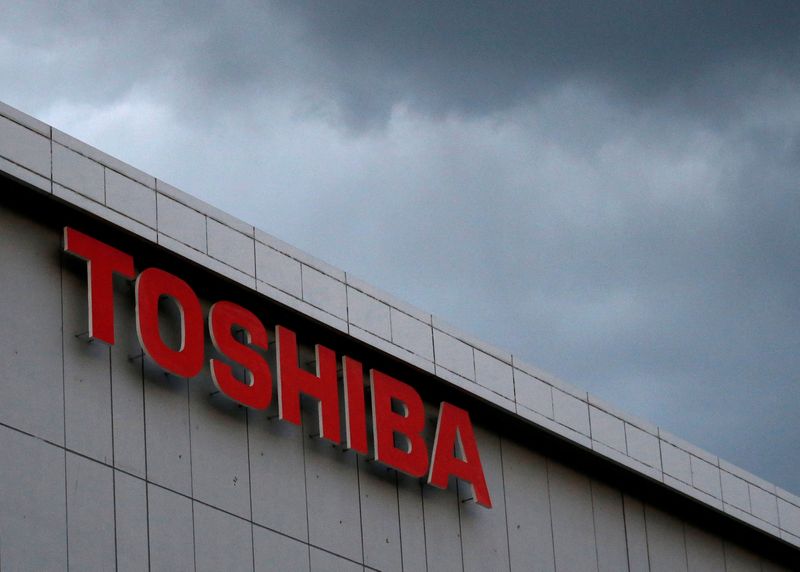 © Reuters. FILE PHOTO: The logo of Toshiba Corp is seen at the company’s facility in Kawasaki, Japan February 13, 2017. REUTERS/Issei Kato

It was not immediately clear how many shareholders Bain had approached in total. The sources declined to be identified because they were not authorised to speak publicly about the matter.

Effissimo, Toshiba’s top shareholder, said on Thursday it had agreed to sell its stake to Bain if the U.S. buyout firm launched a tender offer.

Bain said late on Thursday that nothing had been decided about a takeover bid and that there were many issues that needed to be resolved to launch a bid to take Toshiba private.