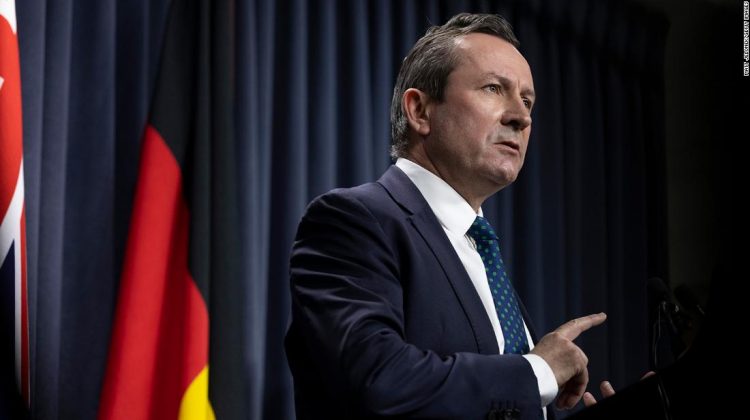 They join New South Wales’ capital, Sydney, and Darwin, capital of the Northern Territory, which are already under lockdown.

Australia was celebrated for its initial response to the pandemic and for getting its economy more or less back on track long ago.

But with that security has come complacency, particularly in the federal government, which failed to secure enough vaccine doses to prevent the regular “circuit breaker” lockdowns that come every time a handful of cases emerge, or even the longer restrictions the capital cities are experiencing now.

Residents of Perth and the neighboring Peel region must stay home except for urgent reasons after officials detected a third case, linked to the outbreak in Sydney.

And in Brisbane, the country’s third largest city, people will be required to stay home except for essential work, health care, grocery shopping or exercise.

Sydney, home to a fifth of Australia’s 25 million population, is under a two-week lockdown until July 9, while the lockdown in Darwin was extended for another 72 hours until Friday.

Concerns the Delta strain could spark significant outbreaks have also seen some form of restrictions in most other cities, with more than 20 million Australians, or about 80% of the population affected.

Authorities late on Monday said people age under 60 would now be able to get the AstraZeneca Covid-19 vaccine if approved by their doctor, who will be covered by a no-fault indemnity scheme, to ramp up a sluggish immunization drive.

Vaccinations have also been made mandatory for high-risk aged-care workers and employees in quarantine hotels.

Officials two weeks ago limited the use of AstraZeneca vaccines only to people over 60 due to blood clot concerns, while recommending Pfizer shots to everyone under 60 in a major change to its immunization drive.

Australia has fully vaccinated nearly 5% of its population, compared with more than 46% in the United States and 48% in the UK, according to Our World in Data. Its rates are more comparable with Indonesia and India, which, like much of the developing world, were left out of the agreements with pharmaceutical companies that secured hundreds of millions of vaccine doses for most of the rich world.