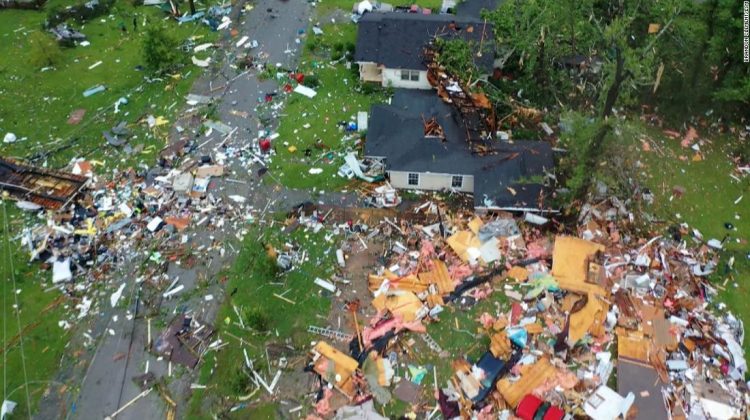 The tornado struck as Tropical Storm Claudette was passing over the area, the National Weather Service said in a storm damage survey. Much of the damage was reported in Escambia County, AL, but it continued into Conecuh County, the survey said.

Initially, there were reports of three injuries in Escambia County, but after the survey and data gathering, the NWS raised the total number of injuries attributed to the tornado to 20. Two of the injuries were considered serious while the others were mostly minor, said the NWS, citing Escambia County Emergency Management.

The EF-2 tornado had estimated peak winds of 127 mph and its path measured as wide as 650 yards at points, officials said.

The tornado caused damage to trees, homes and businesses in the area.