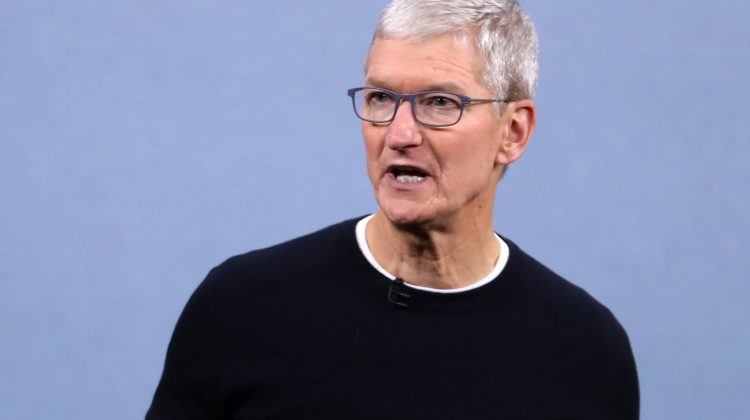 Apple argued Wednesday that allowing iPhone users to install software from outside its App Store — a practice called sideloading — would open up its customers to ransomware, pirated software, and apps that steal user data.

The post comes on the same day that lawmakers are set to debate a series of antitrust bills aimed at limiting big technology companies. Two of those bills in particular are meant to prevent tech platform owners from favoring their own services, and could be interpreted to force Apple to allow sideloading.

In a 16-page paper posted to its web site, Apple said that allowing sideloading would encourage hackers and scammers to target iPhone users by helping them entice victims to download apps from outside the store, possibly for school or work.

“Because of the large size of the iPhone user base and the sensitive data stored on their phones – photos, location data, health and financial information – allowing sideloading would spur a flood of new investment into attacks on the platform,” Apple said in the report.

Apple currently prohibits sideloading on the iPhone. The only way for consumers to install apps on iPhones is through Apple’s App Store. Currently, questionable apps would have to go through the App Review process, which aims to reject scams.

In its report, Apple pointed to apps on Android, the rival smartphone operating system that was created and is loosely overseen by Google, but which allows companies much more freedom to modify it and use only certain parts. Most relevant to this argument, Android devices can download software from a wide variety of sources, not just the Google Play store.

Apple said Android apps can lock data and force users to pay to get it back, citing a sideloaded Android app that posed as an official Covid-19 app from Health Canada but actually encrypted the user’s data and forced them to email the attacker to unscramble it.

What the bills say

On Wednesday, the House Judiciary Committee will debate six bills at a session called a markup, where legislators are scheduled to discuss the proposals and debate whether they should advance. Policies in the bills are targeted not only at Apple, but at Amazon, Facebook, and Google as well. On Tuesday, Google and Amazon representatives said they wanted Congress to slow down and postpone the planned markup. A Facebook representative called the bills a “poison pill” for the tech industry.

Apple faces far different antitrust challenges than these other companies. Apple’s Silicon Valley rivals face questioning over large mergers (Apple tends to make only small acquisitions), data privacy, and whether they should be broken up into smaller companies.

With Apple, legislators are mostly focused on its App Store and its rule that Apple must process in-app purchases, for which it takes a 15% to 30% fee.

Two of the bills, the Ending Platform Monopolies Act, sponsored by Pramila Jayapal, D-Wash., and the American Choice and Innovation Online Act, sponsored by David Cicilline, D-R.I., could force Apple to change this practice if passed in their current forms.

In addition to the debate in the House committee, Apple’s App Store has drawn regulatory attention in Europe. Apple CEO Tim Cook criticized sideloading in the context of a proposed European law called DMA last week.

“If you take an example of where I don’t think it’s in the best interest, that the current DMA language that is being discussed, would force sideloading on the iPhone,” Cook said. “And so this would be an alternate way of getting apps onto the iPhone, as we look at that, that would destroy the security of the iPhone.”

Apple is also facing a legal challenge from Fortnite maker Epic Games, which sued Apple and argued in favor of sideloading during a three-week trial in May. Epic Games wants to be able to install its own app store on iPhones to avoid Apple’s fees.

During the trial, U.S. District Judge Yvonne Gonzales Rogers hinted during proceedings that Apple adding a sideloading feature could be a compromise between the two technology companies. A verdict has not yet been reached.