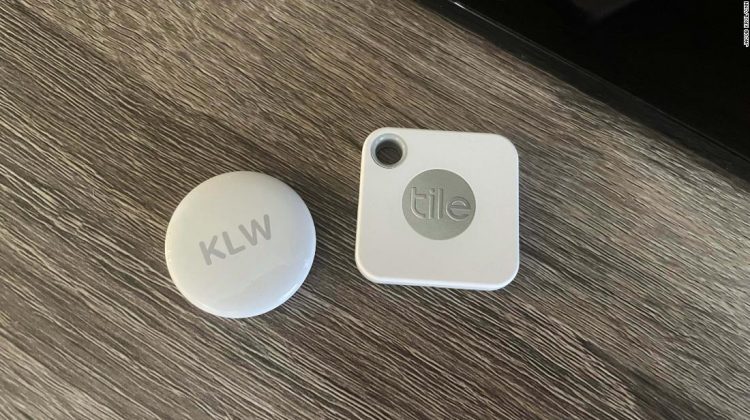 In the realm of item tracking, Tile is likely the most well-known Bluetooth tracker. With a plethora of models to choose from and compatibility across devices, Tile has made it easy to locate items at various price points. Now Apple is in the item-tracking game with the $29 AirTag — and features like Precision Finding and Apple integration make it competitive against Tile.

Both use Bluetooth for tracking and connect to a network of other devices, which work to pinpoint locations. Tile has a network made up of millions of devices, while Apple uses its far-reaching Find My network, approaching a billion devices. Neither feature GPS and rely on the connected devices to assign that location as the Bluetooth signal is picked up.

The core difference is the size of each respective network, and it gives a reason for Tile to have some concern. Let’s break down the biggest pros and cons of each tracker.

It pays to go with AirTag if you have an iPhone. The setup happens in just under a minute, and no heavy lifting is required. You also don’t need to make an account since the tracker is tied directly to your Apple ID. The whole experience lives within the Find My app, making it easy to see your AirTag and other devices that support Find My. It’s the same way you’d track a Mac, Apple Watch, iPad or even AirPods. The experience is straightforward and intuitive.

Within the Find My app, you tap the Items tab to see all of your AirTags on a map and easily ping them. It’s all built in to the point that you can even ask Siri where one is or create a shortcut to access it easily. With Tile, you’ll need to open the Tile app, and it’s just a bit more clunky. And with standard tracking on a map, AirTags have tended to be more accurate than a Tile tracker. Apple’s network is made up of all the iPhones, iPads, Macs and iPod Touches online — that total number is approaching a billion. It’s a more extensive network over Tile’s, which is in the millions.

If you have an iPhone 11 or newer, you’ll get to use Precision Finding with AirTag. Essentially, when you’re looking for an AirTag and you have a general idea of where it is, you can click Find in the app for the respective tag and get turn-by-turn directions to it. Distance away in feet and arrows on the screen will help guide you to the tracker, and it all updates in real time.

Precision Finding is made possible by Apple’s U1 Chip, which delivers ultra-wideband support. The newer iPhones listed above support this and can use it to see where the devices are, spatially. It also uses a range of other tech (ARKit, Bluetooth and sensors) to enable this feature. It’s something that Tile cannot match yet, as it doesn’t feature ultra-wideband.

There is only one AirTag to pick from, and its design functionality is a bit limited. It’s a small circular disc that features no adhesive padding or even a key ring hole. Luckily, it does feature a user-replaceable battery that should last for a year. You will need to purchase an accessory, like a key ring for $35 from Apple or $12.95 from Belkin, to secure it onto something.

If you’re looking for broad compatibility, Tile is the winner with Android, iOS and Windows support. Some devices like headphones and laptops even come with Tile tracking built in out of the box. Setup is done through the Tile app and requires Bluetooth pairing. It’s easy enough but not integrated on the base software level like AirTags.

Regardless of which Tile you choose, you’ll have an easy way to attach it to something out of the box. That’s something that the AirTag can’t match and requires you to purchase an accessory. And Tile offers a few models, which, while confusing, does give you more choice. You also get the advantage of pushing a button on a Tile to ring your connected device. It’s pretty handy and has helped us find our phone.

And like AirTag (and Samsung’s SmartTag or Chipolo), the same basic technology for tracking is Bluetooth. Essentially, the tracker can connect with other devices on Tile’s network, which works to pinpoint a location to your tracker. The key issue is that Tile’s network is much smaller and relies on Tile devices or those with the app. It’s in the millions, while Apple’s is approaching a billion.

You’ll still be able to spot your tracker on a map, though, and you can even set alerts if you’re on Tile Premium. The latter is a subscription service (starting at $29.99 per year) that can deliver smart alerts if you leave something behind as well as make your Tile eligible for a battery replacement. It’s not really a requirement and doesn’t boost the network in a way that levels the playing field against AirTag, however.

The core promises of the AirTag and Tile trackers are pretty much the same. You’ll be able to locate each tracker on a map with relative ease via your smartphone. Tile wins in the design category, with multiple models to pick from that feature a way to attach out of the box. And if you’re on a device besides an iPhone, Tile is the obvious choice since AirTag doesn’t support anything besides Apple.

But if you have an iPhone, the answer is to get an AirTag. The integration makes setup a breeze, and all controls are found in the Find My app. You can even ask Siri on an iPhone or HomePod Mini to find the tracker. The Find My network covers more territory and is more accurate in our testing for item finding. That trend continues with more congruent tracking through Precision Finding if you have a newer iPhone. You will need to pair your $29 AirTag with an accessory, though.