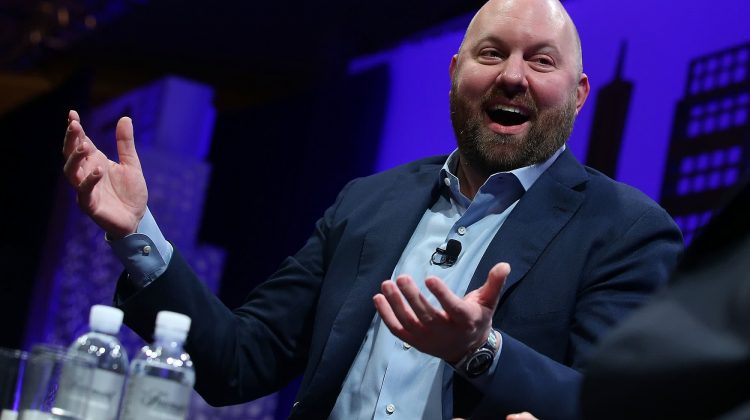 Andreessen Horowitz is launching a multibillion-dollar fund to invest in a volatile ecosystem it’s betting will be as influential as the internet.

The Silicon Valley venture capital firm, founded by Marc Andreessen and Ben Horowitz, announced its new $2.2 billion cryptocurrency-focused fund on Thursday. It plans to deploy that capital across blockchain and digital asset start-ups.

“The size of this fund speaks to the size of the opportunity before us: crypto is not only the future of finance but, as with the internet in the early days, is poised to transform all aspects of our lives,” Katie Haun and Chris Dixon, partners who run Andreessen’s cryptocurrency group, said in a blog post.

The company’s first crypto-focused fund was launched three years ago, during what’s now known as “crypto winter.” That year, the value of bitcoin cratered roughly 80% from the highs in 2017. The latest fund also comes at another bearish moment for bitcoin.

The world’s original cryptocurrency has lost roughly half its value since the high near $60,000 in April. This week alone, it’s on track for a 20% loss. Haun and Dixon noted the asset class’s volatility, and said “prices may fluctuate but innovation continues to increase through each cycle.”

“We believe that the next wave of computing innovation will be driven by crypto,” the partners wrote, adding that they’re “radically optimistic about crypto’s potential.”

The firm is known for early bets on companies like Facebook, Instagram, Lyft and Pinterest. Andreessen Horowitz made its first move into the digital asset space through Coinbase in 2013. Coinbase went public via a direct listing this year, and is down roughly 50% from its listing day high.

Andreessen Horowitz is also an early investor in Facebook-backed digital currency project libra, now known as diem, which has gone through a series of rebranding and faced opposition from global regulators.

The firm has stakes in companies like OpeanSea and Dapper Labs, powering the recent NFT boom and said it plans to focus on “decentralized finance.” Also known as “defi,” the term used to describe traditional finance applications, like lending or banking, built on the same technology that underlies bitcoin. The firm said it plans to hold these crypto investments for a decade or more.

Andreessen Horowitz also announced a wave of new hires for the fund, including former Securities and Exchange Director Bill Hinman, who will join the firm as an advisory partner. Rachael Horwitz, who led communications at Twitter, Google and Facebook, joined as an operating partner.