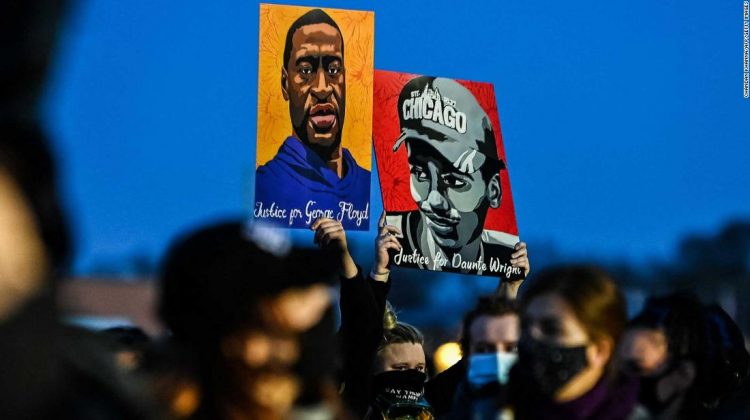 What change has this perpetual interrogation of anti-Black police violence led to?

On Capitol Hill, the Democratic-led House in March passed the George Floyd Justice in Policing Act without Republican support. But the bill’s path in the 50-50 Senate, where most pieces of legislation need 60 votes to break a filibuster, is uncertain.
Crucially, even with the substantial attention on Floyd, police killings of Black Americans have continued at a steady clip. Not even two weeks before a 12-member jury found Chauvin guilty of Floyd’s murder, a White police officer fatally shot Daunte Wright.
To examine the current state of policing in the US, I spoke with Monica Bell, a legal scholar and sociologist at Yale University.

The following conversation has been lightly edited for length and clarity.

What are the origins of the US’s policing crisis?

The country’s policing crisis is deeply historical. US policing has roots in slave patrols but also in the breaking of unions in the mid-19th century, when urban police forces were started. While those are the origins, the experiences of policing in racially marginalized communities in the ensuing decades have meant that the crisis is perpetual.

Think of the roles of police in participating or failing to intervene in lynching, the harsh policing of Black urban communities in the mid-20th century that led to a spate of uprisings during the 1960s, police use of military-grade weapons to flatten some Black communities in many of our lifetimes and the role of policing in inhumane styles of immigration enforcement today.

These roots and contemporary realities mean that police departments have been engineers of maintaining the status quo. When that status quo is White supremacy, economic hierarchy, border patrol, the policing of queer populations and so forth, the very design of policing has been overwhelmingly oppressive to marginalized communities. We have to get past questions of whether individual police officers are kind. Of course many are. But all the good intentions in the world don’t make up for unjust systems and institutions.

Which reminds me of your work on legal estrangement. Could you explain its consequences for Black communities?

The policing crisis as I described it is partly why we’re at a situation where certain communities, especially Black communities, experience legal estrangement. This describes a sense of not really belonging in one’s community or city or state or country because of the police and other legal institutions.

This estrangement happens on multiple levels. Often when people discuss distrust between Black communities and the police, they focus on individual police behavior. But the reasons for these frayed relationships are also communal.

So if a police officer stops me, a Black person, for having a scented tree hanging on my rearview mirror, I know that there’s a pattern of stopping people who look like me for this kind of often pretextual reason. Most policy interventions that people propose to achieve police reform don’t attempt to address this sense of group exclusion.
Finally there’s structural exclusion. Policing operates differently because of, for example, racial segregation in cities and suburbs. Police reinforce existing segregation. And segregation also structures individual interactions with law enforcement officers.

What do recent shifts in policing conversations tell us about the direction of racial justice activism?

“Defund the police” changed the conversation in some fundamental ways. While there’s a difference between conversation and material change, the change in discourse is important groundwork for longer-term change.

Defund made people in power take seriously the idea that there might need to be less investment in policing and more investment elsewhere.

The deeper change in conversation was in the fact that, really for the first time in broad-based national discourse, people were asking: Do the police actually make us safer? And the “us” included Black people.

In the wake of Chauvin’s conviction, there are real questions about how the movement is responding. For some people, the conviction perhaps symbolized the dawn of a new era where police can be held criminally liable for murdering Black people. For others, the conviction was at best a narrow victory, and maybe even a setback toward the goal of creating non-punitive responses to violent harm. These debates about the direction of racial justice activism are unsettled but vibrant right now.

Policy change has been moving at a more glacial pace than conversation change has.

There have been many barriers to turning the implications of policing conversations into policy. We can look at the power of police unions, which have been critical in pushing back against some of the initial stirrings toward defunding and against changes like ending qualified immunity.

Another barrier has to do with the spike in violence created largely by the pandemic. More people are now willing to question whether police create safety, but there’s a gap in knowledge about the availability of alternatives and how they work.

There are alternative emergency responses, front-end violence prevention efforts and transformative justice projects that address harm without resorting to the criminal system. These exist and in some places have been successful. But for many reasons, these alternatives aren’t yet widespread, and where they do exist, not enough community members know about their success. What’s funded and studied and recognized is policing. So partly because we live during a time when there’s fear of violence and because there have been some spikes in violence in several cities, the path toward transformational change is on precarious ground.

There are short-term goals and long-term goals, not just for reform within policing but for reorienting the country toward a broader set of justice aims. The criticism that “defund the police” isn’t politically savvy is, I think, a myopic view of a theory of social change that’s building toward something greater than police reform legislation.

Recently, we’ve seen states pass changes like body camera requirements — the kinds of reforms activists would call reformist reforms. But recall that in 2014 and 2015, discussion of body cameras was all the rage, yet many jurisdictions didn’t institute them.

We’re currently seeing a shift in the politics of police transformation. Activists are moving the conversation more than most politicians and much of the wider public are ready to move right now, and creating space for reforms they were pushing for years ago.

Everyone should step back and think carefully and charitably about theories of social change. There must be a theory big enough to include everyone needed to make sustainable and substantial change: members of communities most directly affected by the criminal system, policy-makers, activists, politicians and people in the public who less tangibly understand racial injustice and the policing crisis. The fight for justice needs all of us.