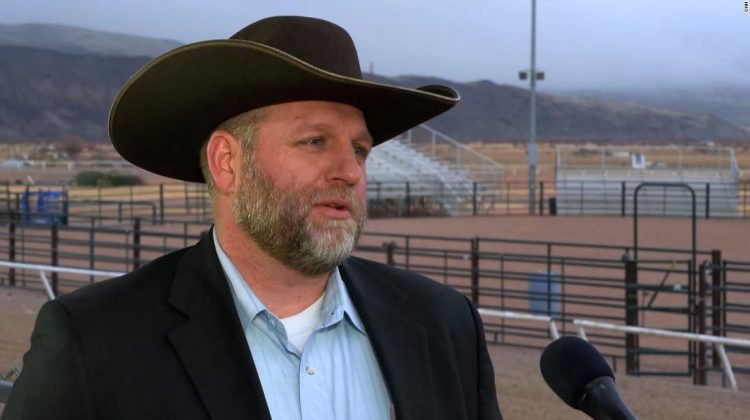 “I’m running for governor because I’m sick and tired of all of this political garbage just like you are,” Bundy said in a video announcing his campaign on Saturday. “I’m tired of our freedoms being taken from us and I’m tired of the corruption that is rampant in our state government.”

He added: “We have a great opportunity in Idaho to not only preserve our rights and freedom, but we can thrive by expanding and upholding the principles of liberty and prosperity that were passed on to us by our Founding Fathers and enshrined in our state and US Constitution.”

Bundy officially enters a race that already includes Janice McGeachin, the state’s lieutenant governor who has repeatedly and publicly clashed with Idaho GOP Gov. Brad Little over the state’s response to the coronavirus pandemic. Little — along with Republicans Jeff Cotton, Chris Hammond, Edward Humphreys, Lisa Marie and Cody Usabel — has filed paperwork necessary to launch a bid in the governor’s race, which is rated “Solid Republican” by the Cook Political Report.

Late last month, Little rescinded an executive order banning mask mandates by state entities that McGeachin had issued just a day before while he was out of state. The governor, blasting the move as an “irresponsible, self-serving political stunt,” said at the time that “the action that took place while I was traveling this week is not gubernatorial.”

Bundy’s campaign site also includes criticisms of Little’s handling of the pandemic, as well as what he claims are accusations and mischaracterizations against him.

Bundy drew national headlines in 2016 when he led an armed occupation of the Malheur Wildlife Refuge in Oregon that lasted 41 days and ended in an intense standoff with police that left one dead. Bundy and 15 others were indicted by a federal grand jury. He was later acquitted.

More recently, he was placed under an order to stay away from the Idaho Statehouse after refusing to leave the building during a protest last year, when he and others were at the state Capitol demanding an end to the state of emergency.

He was charged with trespassing and resisting arrest. He then missed his trial date in March after being denied entry to the Ada County Courthouse because he refused to wear a mask.

Bundy’s gubernatorial efforts hit a roadblock last month when he filed to run. According to the Idaho Secretary of State’s Office, a political treasurer must be registered to vote in the state. Bundy — who listed himself as his own campaign treasurer — was not listed on Idaho voter rolls, according to state records.

The Idaho gubernatorial primary is set for next year.