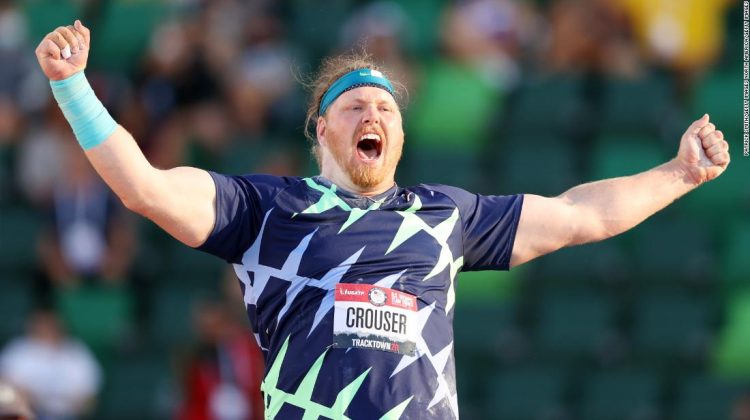 “The second it left my hand I knew it was good,” he told reporters. “It wasn’t a perfect throw.”

Visit CNN.com/sport for more news, videos and features
The six-foot, seven-inch Crouser had not exceeded his morning qualifying throw of 22.92m on his first throws of the cloudless night and let out a roar as he rocketed the ball nearly out of the sector on his fourth throw and thrust his hands aloft in triumph, his spot in the upcoming Tokyo Olympics guaranteed.

A native Oregonian, it was only fitting that Crouser bring the newly renovated Hayward Field its first-ever world record.

The achievement brought a jolt of excitement as the US trials began, with hopefuls across track and field disciplines vying for spots on Team USA with the year-delayed Tokyo Games set to begin in July.