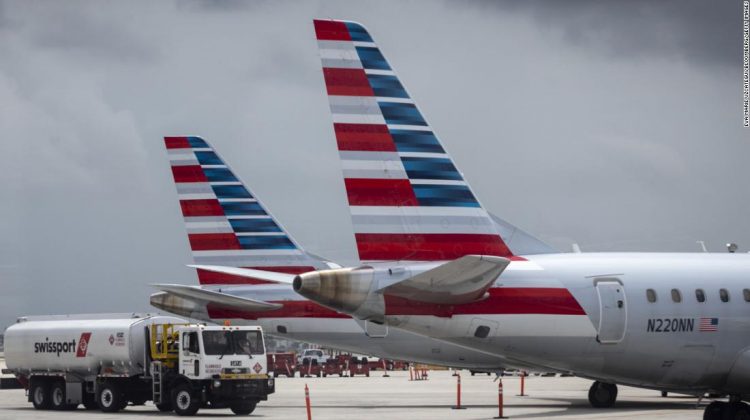 “The first few weeks of June have brought unprecedented weather to our largest hubs, heavily impacting our operation and causing delays, canceled flights and disruptions to crew member schedules and our customers’ plans,” Shannon Gilson, a spokesperson for the airline, told CNN. “That, combined with the labor shortages some of our vendors are contending with and the incredibly quick ramp up of customer demand, has led us to build in additional resilience and certainty to our operation by adjusting a fraction of our scheduled flying through mid-July.”

Still, the fraction of targeted cancelations adds up to hundreds of flights through mid-July. On Saturday, American Airlines (AAL) had 120 cancellations, and the company is projecting 50 to 80 flight cancelations per day going forward, according to Gibson.

Industries across the country have struggled to hire employees as the economy attempts to return to a pre-pandemic normal.

Customers who had been booked through July 15 will be notified or have already received notifications if their flights have been canceled so they can make travel adjustments in advance, Gibson said.

Gibson also said the cancelations will be spread throughout its system, to minimize impact in a single area, though there will be a bigger effect in Dallas-Fort Worth, an American Airlines hub.