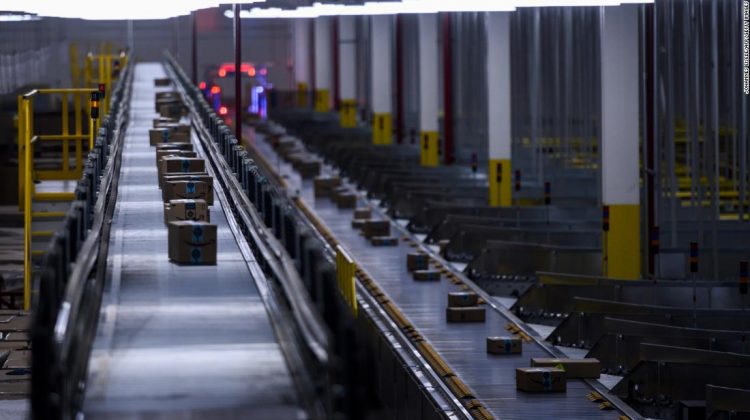 The International Brotherhood of Teamsters voted Thursday in favor of a resolution to make “building worker power at Amazon and helping those workers achieve a union contract” a main priority, according to a copy of the resolution. Under the resolution, called the “Amazon Project,” Teamsters would fully fund the effort, which would include eventually creating a special Amazon Division to aid workers.

Teamsters said that 1,562 delegates out of 1,632 representing more than 500 local unions voted in favor of the resolution.

The effort comes on the heels of a landmark union push at Amazon’s Bessemer, Alabama, facility in the midst of the pandemic, which ultimately prompted Amazon and its outgoing CEO, Jeff Bezos, to promise changes and concede more needs to be done to improve the work experience of its warehouse employees.

The Teamsters, which represents 1.4 million US workers including UPS workers, said in the resolution that “Amazon is changing the nature of work in our country and touches many core Teamster industries and employers such as UPS, parcel delivery, freight, airline, food distribution and motion picture, and presents an existential threat to the standards we have set in these industries.”

The union said it is not discussing its strategy at this time, but labor experts told CNN Business that the details thus far indicate a fundamentally different approach to the one Amazon fended off in Alabama, which was led by the Retail, Wholesale and Department Store Union (RWDSU). That effort sought to unionize workers at a single warehouse in Bessemer through a National Labor Relations Board election.

The Teamsters’ aim is to go after “Amazon as an employer rather than trying to organize site-by-site and workplace-by-workplace, which was what the Bessemer organizing drive ended up being,” said Rebecca Givan, an associate labor studies professor at Rutgers University, who noted that there’s likely not a single path to success when it comes to the Teamsters’ approach.

“[The Teamsters] can try a number of different paths and deploy a number of different strategies. They can push for improvements that might stop short of union recognition but might improve the lives of everyone who works for Amazon,” said Givan. She added that the Teamsters may seek to push Amazon to recognize representation of its workers or to implement specific policies with or without any formal union recognition.

In an interview with the Guardian published Thursday, the Teamsters’ national Amazon director Randy Korgan acknowledged it may take such an approach. “Everything is on the table,” Korgan said, mentioning potentially pressuring Amazon to agree to some sort of recognition.

Jeffrey Hirsch, a labor law professor at the University of North Carolina, told CNN Business, “It is hard for me to imagine a company like Amazon — given their anti-union stance and their power frankly — voluntarily recognizing any union.”

Hirsch added: “The one liability that a company like Amazon has is their high profile nature — it’s a blessing and a curse.” As the Teamsters may work to further draw attention to issues facing workers, “that’s going to hurt Amazon, potentially more than other companies,” he said.

Per the resolution, the Teamsters said it has “fought for workers’ rights to organize and build power any way we could, including shop floor strikes, city-wide strikes and actions in the streets.”

Givan said the resolution is a first step and indicates a willingness to allocate resources to the issue. “We’ll see what the work looks like,” she said, adding that, “Teamsters working in this industry understand how bad Amazon is for workers, and that will be a key to activating this campaign.”