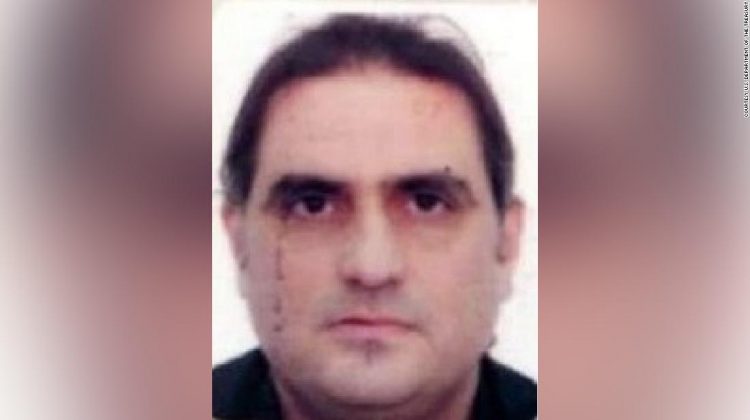 “If I’m extradited to the United States, every independent expert is categoric: I will be exposed to forced interrogation techniques, to torture, poor treatment, an unfair trial, inhuman detention conditions and cruel punishments,” he said in a handwritten letter, answering questions sent by CNN, through his lawyers in Cape Verde.

“Apart from that, I have faith in God and I know He’ll give me the strength to win,” he also said, in what is his first interview since he was arrested a year ago.

Saab was detained on June 12, 2020 when he was flying from Venezuela to Iran. His jet stopped in the Cape Verdean island of Sal to refuel and authorities there arrested him on the spot. The United States Department of Justice is seeking his extradition to American soil and according to the Cape Verdean prosecutor’s office, after a lengthy legal battle, a final decision will be made by the country’s Constitutional Court in the coming weeks.

He has been sanctioned by the US Treasury Department and is sought by the Department of Justice’s Southern District of Florida, over money laundering charges.

Writing from an apartment in the touristy Cape Verdean island of Sal, where he’s been under house arrest since January this year, Saab describes his detention as an “abduction” and as an “exceptionally serious diplomatic conflict.” Unsurprisingly, he also denies the accusations coming from the United States.

“We all know that to sanction is a political action,” Saab writes, accusing the United States of trying to meddle in Venezuela’s internal affairs. “The fact that they opted to sanction me confirms that they are telling the world they don’t have any proof to support any accusation.”

“It’s why they can’t label me as a criminal, but still seek to destroy my reputation,” he concludes.

The US Department of State did not respond to CNN’s requests for comment.

The US Goes to Court

The United States disagrees and wants to prove it in court. His indictment is one amongst many targeting businessmen and officials that are a part of or connected to the Venezuelan government, including Maduro himself, with charges ranging from money laundering and corruption to narco-terrorism.
Maduro and his closest allies in Venezuela have been able to laugh off the charges, but many outside Venezuela haven’t had that luxury. By the end of 2020, the US Department of Justice had announced that 33 individuals targeted by its ongoing probe into corruption in Venezuela had pleaded guilty. Court documents show some are cooperating with the US authorities.
Saab himself has been charged with one count of conspiracy to commit money laundering and seven counts of money laundering. The Department of Justice’s (DOJ) indictment lists several bank transfers made by Saab and his associates, out of Venezuela and into bank accounts controlled by them. The DoJ says these were part of a bribery and money laundering scheme involving government contracts to build low-income houses that allegedly saw about 350 million dollars stolen from Venezuela.

Saab denies that as well.

“The accusations of money laundering are unfounded, purely political, and artificially built by the authorities to serve political interests,” he says. “They are based on testimony provided by discredited witnesses that have been rewarded with US citizenship for their cooperation.”

“The truth is that US law enforcement have been doing all they can to try and find a connection between myself and the United States, a country I haven’t visited in 30 years,” he adds.

Saab also claims that authorities in other countries have targeted him in the past and they too were unable to find proof to convict him.

“Swiss authorities, known for their meticulousness and thoroughness spent three years investigating all the cash flows to and from specific accounts associated with myself,” he explains. “The investigation was concluded after they were unable to find evidence to sustain accusations of money laundering and corruption, the same allegations in which the US accusation is based on.”

Saab believes, in targeting him, Washington’s ultimate goal is Maduro.

“I’ve been asked, ‘Alex, why don’t you lie and ‘rat out’ President Maduro? Why don’t you give the Americans what they want? You’d be at home in a few days.’,” he says. “Allow me to be very clear, I have nothing bad to say about President Maduro, I only feel gratitude towards him.”

Saab argues he’d be of no interest to the Americans, denying he is Maduro’s ‘financier’ despite confirming that he works closely with Venezuela’s government, when asked if he was the embattled leader’s right-hand man.

“If by that you mean that I am loyal, committed and dedicated to defending the interests of the Venezuelan people and that, in that sense, I act in conjunction with President Maduro, then yes, as well as with Ministers from his cabinet,” he explains. “But I am no one’s ‘financier’ nor does President Maduro, an honest man of humble origins, need a financier.”

Venezuela has been calling for the businessman’s release sincse his arrest. While Maduro himself hasn’t addressed the issue publicly — as he normally does when Venezuela makes international headlines — the country’s government has said his trip to Iran was part of a special humanitarian mission, as “Venezuela’s special envoy.” It also says it issued Saab with a diplomatic passport which gives him diplomatic immunity, calling for his immediate release.

“My arrest and detention in Cape Verde are completely arbitrary, illegal and illegitimate, there’s no doubt about it,” he claims, criticizing the African country for bowing to US interests. “Cape Verde brags about the independence of its judicial system and boasts of being a bastion of democratic values in Africa, but actions speak louder than words.”

Saab accuses the Cape Verdean government of trampling over the law, and as he waits for the country’s Constitutional Court to make a final ruling on whether he should be extradited to the United States, the Colombian businessmen is calling on the judges to “punish the excesses and arbitrary abuses of the [Cape Verdean] government.”

“I’ve been physically and psychologically tortured, I’ve been denied the specialized medical attention that I need. I was kept in a cell with only an hour of daylight a day,” he claims. Saab battled a stomach cancer in 2013 and needs constant monitoring, his legal team says.

Arrested in June of last year, he was moved into house arrest in January. Still, he claims, his conditions haven’t improved.

“I am watched 24 hours a day by armed guards,” he says, criticizing not just the type of surveillance he is subjected to, but also the lack of leniency and flexibility from local authorities. “It was necessary for my parents to die of Covid for the Cape Verdean authorities to have a drop of compassion and allow my sister to come and visit me so that we could cry their death together.”

Just a few weeks away from a ruling that could send him to the United States, Saab says that he prays for his “dignity and freedom” to be restored.

“I think all men and women in my shoes would have the same wishes, the same hopes,” he says. “Naturally I continue to hope that justice is served in this case.”

Many in Venezuela and the United States are also looking for justice — but in their version of justice, they would hold Saab to task for the crimes they believe he’s committed.