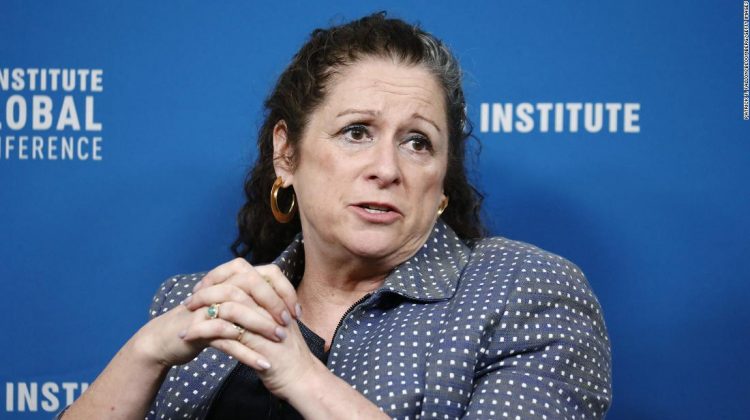 She would know — she inherited a bunch of money from her family. She’s the granddaughter of Roy Disney, brother of Walt Disney. Two years ago, Abigail Disney said she was worth $120 million.

On CNN’s New Day Tuesday, Disney discussed the “long, long many generations ethos” that exists within wealthy American families to take advantage of the tax system and protect their assets.

“The fact is that people are sitting on their rear ends on their couches earning and not paying taxes on money while people are going out every day to a job and working their butts off just to make ends meet. And that just seems like an upside down structure,” Disney said.

Disney first shared her thoughts in an op-ed in The Atlantic, in response to a ProPublica report from earlier this month that revealed some American billionaires, including Jeff Bezos, Bill Gates and Elon Musk, pay minimal income tax compared to most Americans — despite their immense wealth.

A member of Patriotic Millionaires, an organization of American millionaires who want wealthy people to pay more in taxes, the heiress has been outspoken on executives’ pay.

She has criticized her own family’s company, Walt Disney Co. (DIS), including last spring when she lambasted Disney for furloughing low-paid workers during the pandemic — after paying its executives millions of dollars. In the fall of 2020, she supported Senator Elizabeth Warren’s letter calling out Disney for prioritizing shareholders and its CEO over the well-being of its workers.
While nothing revealed in the ProPublica report is illegal, Disney noted that the billionaires’ actions to protect their assets is a question of ethics rather than legality.

“For many people, especially those most deeply embedded in the culture of having and getting money, ethics are a wispy and ineffectual nuisance—an abstract set of principles that can’t possibly stand up to the rigors of life lived fast, business conducted efficiently, and competitors devoured and cast aside,” Disney wrote in her op-ed.

Disney compared wealth to addiction, explaining that “when you have things, you have to have more things, anything you have turns into what is normal.”

“There are people flying private aircraft right now who would rather be shot than get on a first class seat on a normal airline because it would mean they would have to walk through an air terminal,” she said. “And that is terribly dangerous to democracy, to society.”