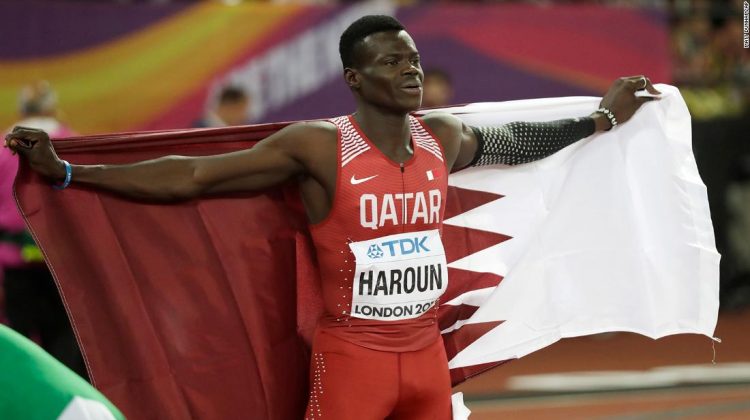 The Sudan-born runner first represented Qatar in the 2015 Asian and Arab Athletic Championships, becoming the world’s junior 400m champion in 2016.

He ran at the Rio Olympics in the same year, reaching the semifinals and won silver in the 2016 IAAFF World Indoor Championships in Portland, Oregon.

Haroun’s crowning achievement came at the World Championships in London in 2017, finishing third behind Wayde van Niekerk of South Africa and Bahamian Steven Gardiner to win the bronze medal as a 20-year-old.

However, a torn hip tendon halted his progress as he failed to make it past the heats at the 2019 World Championships in Doha, in his home country.

He had been recuperating from the injury in the build up to this summer’s delayed 2020 Tokyo Olympics. His last registered race result was 47.22 as an invited runner at the Turkish Championships in September 2020.