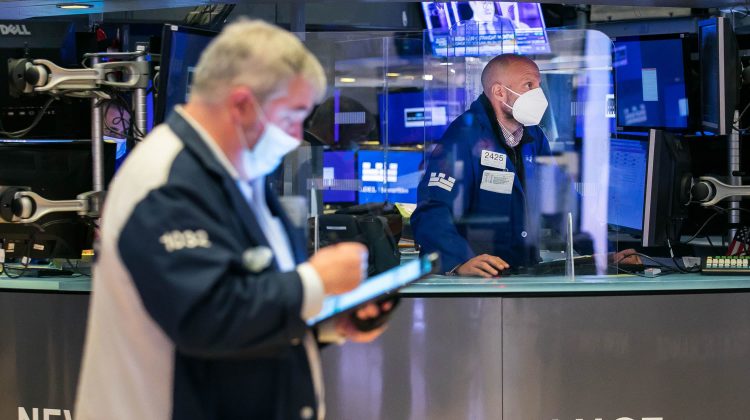 Can you make an exchange-traded fund out of activist investing?

Earlier this month, Engine No. 1 came out of nowhere and won three board seats at Exxon Mobil after a six-month proxy fight. The company wants Exxon needed to significantly reduce emissions and move toward a cleaner energy strategy.

Now, they are starting an ETF to promote their methods. Engine No. 1 Transform 500 ETF (VOTE) begins trading Wednesday.

The company says it is seeking “to encourage transformational change at the public companies” and that it will try to “measure the investment made by companies in their employees, communities, customers and the environment with financial, operational, and environmental, social and governance (“ESG”) metrics.”

It is attracting outsized attention because it is the intersection between three hot investing themes: ETFs, ESG (environmental, social and governance), and activist investing.

It is unlike most ETF funds, which usually seek to buy or exclude companies that meet their investment criteria. A clean energy ETF, for example, might seek to own companies in wind, geothermal and solar, and generally exclude fossil fuel companies that have not made significant commitments to cleaner energy investments.

VOTE is not like that. The fund will track the Morningstar U.S. Large Cap Select Index, a large-cap fund similar to the S&P 500 that is market-capitalization weighted.

Here’s what’s different: VOTE is not trying to own companies that share its beliefs or exclude companies that do not. The shares that the company owns through the ETF will be used to vote in favor of climate change and other ESG proposals.

“They are playing the long game, so by owning Apple and Microsoft and other companies, they can use that to influence ESG standards,” Todd Rosenbluth, director of ETF and mutual fund research at CFRA, told me.

Can they pull together a coalition?

A pigeon flies over a Exxon mobil gas station on October 25, 2018 in Gutenberg New Jersey.

The problem for Engine No. 1: They are too small by themselves to make a difference. They held roughly 0.02% of Exxon’s stock. The campaign was only successful because it convinced shareholders owning almost half of Exxon’s outstanding stock to join its mission.

The major issue: Does this company turn into a lobbying organization, trying to convince the people who hold the real shares (BlackRock, Vanguard, State Street) to turn into activist investors like themselves?

Recent research by European asset manager Robeco has shown that passive managers were not in the past likely to vote in favor of ESG proposals: “Our research … reveals that both the number of proposals brought forward on social and environmental issues is low as well as the votes in favor of these proposals. Especially large and passive asset managers vote least often in favor.”

But that may be changing. BlackRock, for example, has made ESG a centerpiece of its investing strategy this year. They voted with Engine No. 1, as did Vanguard and State Street, on the Exxon proposals. Collectively, Morningstar’s John Rekenthaler notes the three control 21% of Exxon Mobil’s stock. Several state pension funds also voted with Engine No. 1.

Without that support, Engine No. 1 is going to sputter.

“If it’s going to move the needle, it will be because they can get the Vanguards and BlackRock and the State Streets to be more proactive,” Ben Johnson, director of global ETF research at Morningstar, told me.

Michael O’Leary, Managing Director at Engine No. 1, tells me the company can do it.

“In the public markets, you’re only ever as strong as the other investors you can bring with you to support an agenda for value creation,” he said.  “This is true for even the largest activist hedge fund and activist managers.  Increasing interest in sustainability and ESG are changing the demands on asset managers to vote and engage, and we want to help lead this transformation by focusing on active ownership as a way to drive impact.”

Could index providers vote as a block?

What seems like a pipe dream a few years ago, has, with the success of Engine No. 1, now become a possibility: the prospect of shareholder activists initiating genuine change in American corporate behavior.

But some observers of corporate America are starting to push back, concerned that it is fund executives who now wield the power to cast proxy votes, not the investors in their funds.

Morningstar’s Rekenthaler, for example, notes that should Engine No. 1 corral BlackRock, Vanguard, and State Street to vote as a block, the outcome “would distress not only corporate chieftains, but also most of the broad public, as well as the federal government. Few would wish for so much power to be concentrated in so few hands.”

He may have support for that position in the Biden administration.

John Coates, a former Harvard Law School professor, is now acting director of the Securities and Exchange Commission’s division of corporation finance. In a 2018 paper, Coates expressed concern over what he called the “Problem of Twelve”: “the likelihood that in the near future roughly twelve individuals will have practical power over the majority of U.S. public companies.”

New York Times columnist Jeff Sommer noted in a recent article that corporations also have conflicts of interest, citing a study “showing that when major fund companies receive compensation from corporations, they tend to side with corporate management even more frequently than usual.”

What to do?  Some have suggested removing the proxy power from index providers and returning it to fund shareholders.

Coates himself has suggested another solution “would be to target regulation at some of the most troubling aspects of the Problem of Twelve,” an important comment, since Coates is now at the SEC.

For his part, Engine No. 1’s O’Leary rejects the notion that there can or should be a backlash.

“The problem isn’t passive investing, it’s passive ownership,” he said. “Historically, index funds lacked an incentive to invest in governance and stewardship because they would incur the costs and share gains with their competitors. Now, due to the sustainable investment movement, investors care about getting credit for catalyzing change.”

One thing’s for sure: With intense interest in ESG and a very low fee structure (0.05%), VOTE is likely to start off strong, with north of $100 million in assets. Others are eager to join: Digital investment firm Betterment has already said it will add VOTE to its large-cap portfolio.

There is little doubt that the moment for investor activism has arrived. “They are seeking a seat at the table and trying to influence other asset managers to be more active in their voting,” said Rosenbluth.

The issue is, will getting what they are wishing for provoke a different kind of backlash?