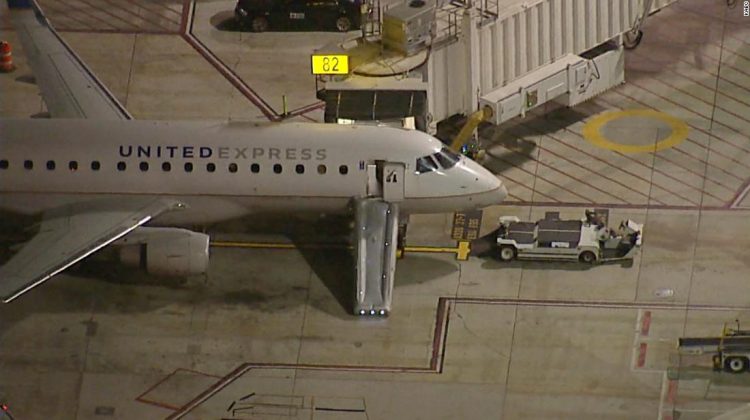 Luis Antonio Victoria Dominguez, a 33-year-old Mexican national of La Paz, Mexico, is facing the charge after the incident which happened Friday on a SkyWest airlines flight that was scheduled to fly from Los Angeles to Salt Lake City, a spokesperson for the US Attorney’s Office in the Central District of California confirmed to CNN.

Shortly after the United Airlines flight 5365 pushed away from the gate, Victoria Dominguez allegedly “sprinted” to the cockpit, banged on the door, and tried to access the restricted space, a federal criminal complaint said.

After failing to gain entry, he then managed to partially open an emergency exit which caused the emergency slide to deploy, the complaint said.

A passenger attempted to restrain Victoria Dominguez, but he broke free and jumped to the tarmac where he was quickly detained by airport police officers, according to an FBI affidavit cited in the US Attorney’s statement.

Victoria Dominguez missed the slide when he jumped and later underwent surgery for a broken leg, authorities said. “Once Victoria Dominguez landed on the tarmac, he began crawling away from the aircraft. His right leg appeared broken,” the affidavit said.

He now faces the charge of interference with flight crew members and attendants, which carries a maximum penalty of 20 years in federal prison. He is expected to make an initial appearance in court later this week.

CNN has not determined if Victoria Dominguez has legal representation.

No motive was given for his actions.

Earlier this month, the FAA said it had identified potential violations of federal rules in 465 of the 3,000 cases reported. The agency began enforcement action in 57 cases. In a normal year, it has taken action in as many as 150 cases of passengers violating FAA rules.

In January, FAA Administrator Steve Dickson launched a zero-tolerance policy against passenger misbehavior after the agency observed an increase in reports. Officials had to start tracking the number of reported instances of unruly passengers — something they never did before.

Dickson told CNN in May he was concerned about the increase in unruly passengers and the safety risk the problem poses to flights.

“The aviation system that we have in the United States is the safest form of travel in human history,” Dickson said. “That’s what this zero-tolerance policy is all about — to make sure that we get this situation under control.”