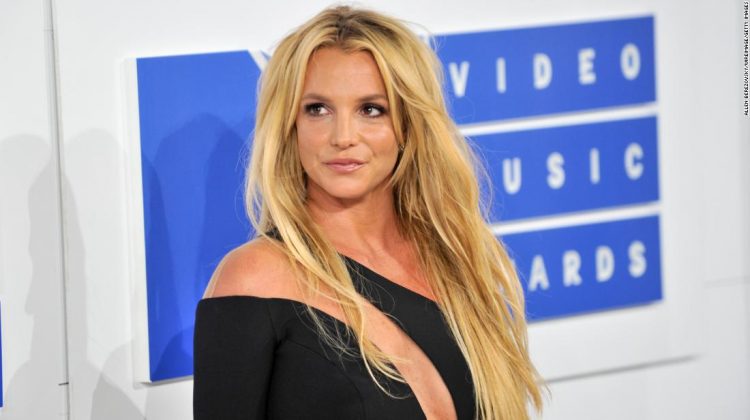 Spears has yet to address the court since her court-appointed attorney, Samuel Ingham III, filed to suspend her father Jamie Spears as the conservator of her estimated $60 million estate last year. The elder Spears had been the conservator of her estate since 2008, along with attorney Andrew Wallet, following a series of personal issues that played out publicly for the singer. Following Wallet’s resignation in 2019, Spears had been solely responsible for overseeing her finances until Judge Brenda Penny appointed Bessemer Trust in November 2020 to serve as co-conservator.

The highly anticipated hearing has members of the media and supporters of Spears clamoring for a seat in the courtroom. Although Spears is expected to appear virtually, the Los Angeles County Superior Court has already told members of the media they are going to have an overflow courtroom where spectators can listen remotely to the proceedings, because seating will be limited.

Here’s a timeline of the events leading to the hearing.

Spears is taken to Cedars-Sinai Medical Center in Los Angeles, where she undergoes drug and alcohol testing and a psychiatric evaluation after a custody dispute at her home.

Spears is hospitalized again, this time at the University of California-Los Angeles Medical Center and is released nearly one week later.

Jamie Spears, Britney’s father, files a petition with the Los Angeles County Superior Court to place his daughter under a temporary probate conservatorship in the wake of her hospitalizations.

Jamie and Lynne Spears release a statement following their daughter’s release from the hospital. “As parents of an adult child in the throes of a mental health crisis, we were extremely disappointed this morning to learn that over the recommendation of her treating psychiatrist, our daughter Britney was released from the hospital that could best care for her and keep her safe,” the statement read, according to a Los Angeles Times report.

“We are deeply concerned about our daughter’s safety and vulnerability and we believe her life is presently at risk. There are conservatorship orders in place created to protect our daughter that are being blatantly disregarded. We ask only that the court’s orders be enforced so that a tragedy may be averted.”

Britney Spears’ court-ordered conservatorship is made permanent by Judge Reva Goetz. The singer’s father, along with attorney Andrew Wallet are made co-conservators of her estate, with her father being the conservator of her person, overseeing her medical care.

Jamie Spears is hospitalized for intestinal issues. He spends 28 days at the Sunrise Hospital in Las Vegas before continuing recovery at home.

Spears announces she is taking an indefinite work hiatus and is postponing her “Domination” residency in Las Vegas to focus on her family, citing her father’s recent health issues.

The singer enters a 30-day voluntary residential treatment facility, according to sources close to her who spoke to CNN. She takes to social media to say that she is taking “me time.” The hashtag #FreeBritney begins circulating on social media around the same time.

Andrew Wallet resigns as co-conservator of the singer’s estate and Jamie Spears becomes the sole conservator of Britney’s person and estate.

Lynne Spears files a legal motion to be kept informed of all matters regarding her daughter’s medical condition, according to court filings in the case obtained by CNN.

Spears attends an annual conservatorship court hearing and walks into court holding hands with her mother. At the time, a source with direct knowledge of the hearing told CNN the singer requested to end her conservatorship.

Jodi Montgomery is appointed temporary conservator of Spears’ person, to oversee her health and medical decisions.

Spears travels to her family home in Kentwood, Louisiana, where she quarantines for two weeks with her parents and sister, Jamie Lynn.

Britney’s brother, Bryan Spears does a podcast interview in which he discusses his sister’s conservatorship.

“In general, I think, you know, [Jamie has] done the best he could given the situation he was put in. You know, we’ve had to, like, work together as a family to kind of keep it all going … She’s always wanted to get out of it [the conservatorship].”

Judge Penny declines to remove Jamie Spears as conservator of Britney’s estate but appoints Bessemer Trust to act as co-conservator.

Jamie Spears speaks to CNN, saying he misses his daughter and that he hasn’t spoken to her in months. “I love my daughter and I miss her very much. When a family member needs special care and protection, families need to step up, as I have done for the last 12-plus years, to safeguard, protect and continue to love Britney unconditionally. I have and will continue to provide unwavering love and fierce protection against those with self-serving interests and those who seek to harm her or my family.”

The New York Times debuts a documentary spotlighting Spears’ conservatorship called, “Framing Britney Spears.” It sparks international interest into the ongoing conservatorship, with many calling on it to end.

Justin Timberlake, who dated Spears between 1998 and 2002, apologizes to Spears following the documentary in which his seeming lack of compassion for the troubles she encountered following the couple’s breakup was portrayed in a negative light.

Jamie Spears speaks to CNN through his attorney Vivian Thoreen, “[Jamie] would love nothing more than to see Britney not need a conservatorship,” Thoreen tells CNN. “Whether or not there is an end to the conservatorship really depends on Britney. If she wants to end her conservatorship, she can file a petition to end it.”

Britney Spears’ attorney petitions the court to permanently replace Jamie Spears with Jodi Montgomery as the conservator of the singer’s person.

Spears takes to Instagram to say that the New York Times documentary made her cry for two weeks.

Ingham states that “Britney wants to address the court directly.” A hearing is scheduled for June 23 for Spears to speak about her conservatorship.

“So many documentaries about me this year with other people’s takes on my life … These documentaries are so hypocritical … they criticize the media and then do the same thing ?????” Spears went on to write: “I don’t know y’all but I’m thrilled to remind you all that although I’ve had some pretty tough times in my life … I’ve had waaaayyyy more amazing times in my life and unfortunately my friends … I think the world is more interested in the negative…”