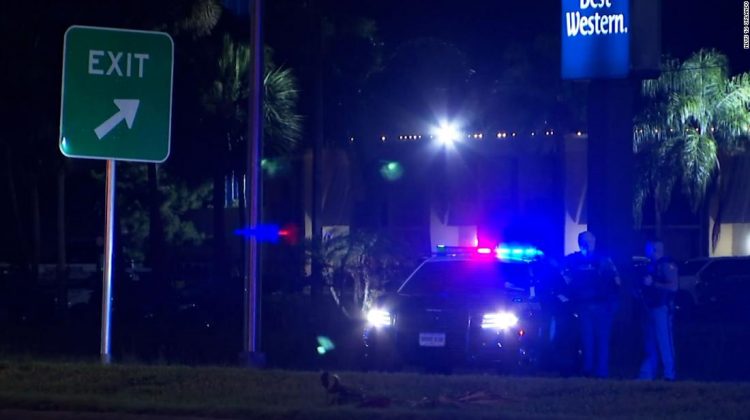 “A $100,000 reward is now available for anyone who can help authorities locate the man who shot one of our officers in the head earlier this evening,” the Daytona Beach Police Department said in a tweet, which included an edited short video of the encounter.

Daytona Beach Police Chief Jakari Young said in a news conference that the shooting happened just before 9 p.m. as an officer was conducting what he described as a “proactive patrol.”

“Upon arrival, he contacted a coward that was sitting inside a 2016 Honda vehicle with a California tag on it. As he was escorting him out of the car, at some point the suspect turns and shoots my officer one time in the head,” Young said.

The officer is currently at a local hospital “in grave condition,” Young said.

Police have identified the suspect as Othal Wallace, 29, and they described him as armed and dangerous.

More than 500 officers have responded to the area, the chief said, and Wallace may be in a “gray 2016 Honda HRV with a California tag.”

The suspect is believed to be a local resident, according to Young, and technology suggests the suspect may be in the Deltona area, which is why Volusia County is being searched.

Deltona is located about 30 miles from Daytona Beach.

“This entire county is on lockdown until we track this coward down,” Young said.

This is a developing story and will be updated as more information becomes available.