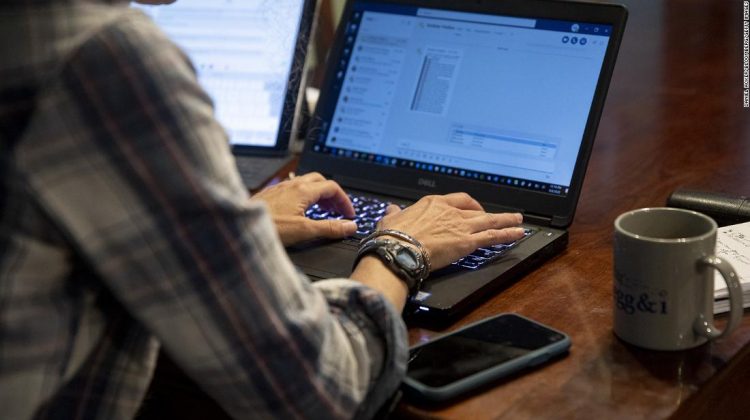 Almost everyone, including Synchrony’s senior executives, will work from home at least a few days a week.

“This is Synchrony’s new way of working going forward,” a spokesperson for the company said in an email. “Prior to the pandemic, we believed certain jobs could only be done in a traditional office setting. We were wrong.”

The move, previously reported by Bloomberg News, shows how companies within the same industry are sometimes taking different approaches to virtual work.
Some banks seem to be in a rush to get employees back in the office. Morgan Stanley (MS) CEO James Gorman recently warned he’ll be “very disappointed” if workers aren’t back by Labor Day.
Yet UBS and other European-based Wall Street banks are much more relaxed. UBS (UBS) plans to allow up to two-thirds of its global employees to permanently adopt a hybrid schedule, mixing remote work with a return to the office.
Synchrony, which provides cards for Amazon (AMZN), Lowe’s (LOW), Venmo and other brands, said 85% of its employees indicated in a survey they want to work from home even after the pandemic. The opposite was true previously.

“One of the lessons we learned from the pandemic is that offering flexibility leads to a more productive, engaged workforce,” the Synchrony spokesperson said. “Work flexibility has become central to our new way of working.”

Synchrony, previously part of the General Electric (GE) empire, said its US employees will have three working options: virtual (work from home), hoteling (work from home but in-person for key activities) and hybrid (work from home or in the office three to four days a week).

The company said only a “very small” number of positions, such as security, will be required to go into the office five days a week.

Synchrony’s approach could help it attract and retain workers, many of whom are seeking flexibility. Synchrony will simultaneously keep a lid on costs by limiting the amount of pricey office space it needs to operate. The company said reducing its physical footprint will help it save $250 million in expenses this year.