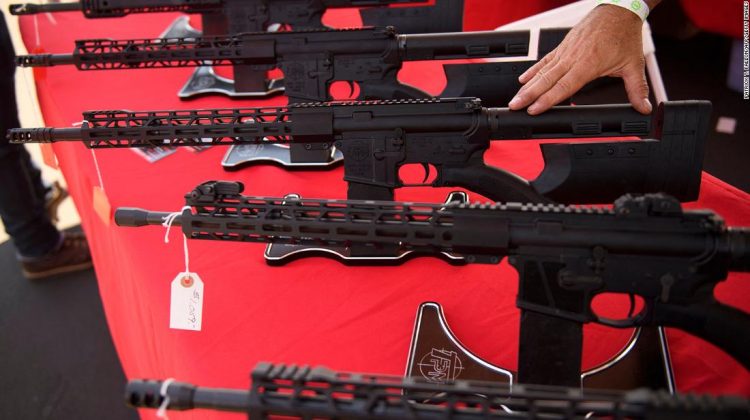 In an order Monday, a three-judge panel on the federal appeals court issued a stay of US District Judge Roger Benitez’s order earlier this month that overturned California’s three-decade old assault weapons ban.

“This leaves our assault weapons laws in effect while appellate proceedings continue,” Bonta said in a tweet. “We won’t stop defending these life-saving laws.”

“Like the Swiss Army Knife, the popular AR-15 rifle is a perfect combination of home defense weapon and homeland defense equipment,” Benitez said in the ruling.

The ruling sparked criticism from numerous California officials, including Gov. Gavin Newsom who said the AR-15 is a “weapon of war.”

When Benitez overturned the state’s ban on assault weapons, he gave the state 30 days to challenge the ruling. Bonta filed an appeal less than a week later, calling it “fundamentally flawed.”

The 9th Circuit court said both parties will file a status update within 14 days.

An AR-15 style rifle has been the weapon of choice for the most violent mass killings in modern history, including in a movie theater in Aurora, Colorado; the Tree of Life synagogue in Pittsburgh; the Route 91 Harvest musical festival in Las Vegas; a massacre at a church in Texas; the Pulse nightclub in Orlando; a high school in Parkland, Florida; and the Sandy Hook Elementary School in Connecticut.

Judge Benitez previously ruled against other state firearm restrictions. Last year, he ruled California’s ban on high-capacity magazines was unconstitutional. He also struck down the state’s restriction on remote purchases of gun ammunition.