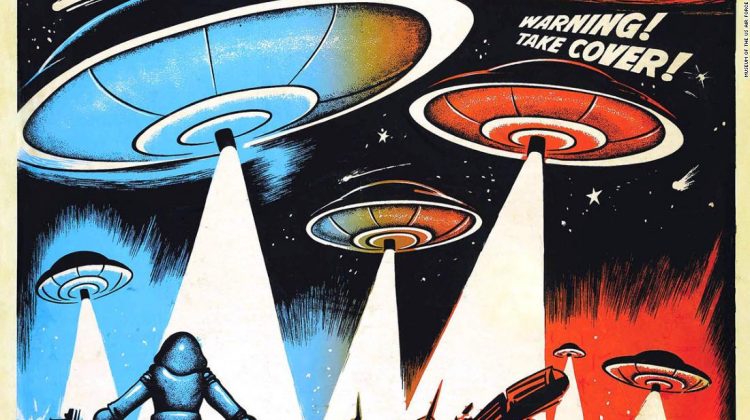 Which is a big deal! Especially when you consider that, for decades, the American government totally denied the existence of flying objects that they simply could not identify or, in some situations, explain.

The 9-page report isn’t exactly an exhaustive study of UFOs, nor does it confirm or debunk the existence of alien life. And that it was released on a Friday night in the summer is also not an accident in terms of the government doing everything they can to bury the report.

Despite all of that, there were a number of interesting tidbits in the report. I pulled out some key quotes — and added some context as well. That’s below.

1. “Our analysis of the data supports the construct that if and when individual UAP incidents are resolved they will fall into one of five potential explanatory categories: airborne clutter, natural atmospheric phenomena, USG or U.S. industry developmental programs, foreign adversary systems, and a catchall ‘other’ bin.”

OK, so there are five basic categories for UFOs according to the report: Random airborne, uh, stuff (like birds), weather phenomenons, defense prototypes — either from the US or “foreign adversary systems” and then the “other bin.” And, yes, I (and the rest of the world) am most interested in the “other” bin.

2. “After carefully considering this information, the UAPTF focused on reports that involved UAP largely witnessed firsthand by military aviators and that were collected from systems we considered to be reliable.”

The UAPTF is short for Unidentified Aerial Phenomena Task Force, of course. (There’s nothing that the government likes more than acronyms.) And, what this line says is that the task force decided to give precedence to UFO reports “witnessed firsthand by military aviators.” Which is rightly read to mean that these reports are a) serious and b) credible.

3. “No standardized reporting mechanism existed until the Navy established one in March 2019. The Air Force subsequently adopted that mechanism in November 2020, but it remains limited to USG reporting.”

Amazing! There was no formal way within the government to record UFO sightings until the Navy started one in 2019!!! And the Air Force didn’t follow suit until, roughly, six months ago! Which reveals a) how resistant the government has been to acknowledging UFOs and b) how many sightings were almost certainly missed.

4. “[There were] 144 reports originated from USG sources. Of these, 80 reports involved observation with multiple sensors.”

This line establishes the universe, ahem, that the task force examined. There were incidents between 2004 and 2021 — and more than half were confirmed by “multiple sensors.”

5. “Narratives from aviators in the operational community and analysts from the military and IC describe disparagement associated with observing UAP, reporting it, or attempting to discuss it with colleagues. Although the effects of these stigmas have lessened as senior members of the scientific, policy, military, and intelligence communities engage on the topic seriously in public, reputational risk may keep many observers silent, complicating scientific pursuit of the topic.”

Important stuff here — an acknowledgment that the number of reports of UFOs may have been kept artificially low because of the stigma long attached to reporting these sorts of things, particularly among the military and intelligence community. That, according to the task force, has lessened somewhat as “senior members of the scientific, policy, military, and intelligence communities engage on the topic seriously in public.”

Eyes emoji!!!! Like, this seems like a big deal! A total of 18 incidents where UFOs “appeared to remain stationary in winds aloft, move against the wind, maneuver abruptly, or move at considerable speed, without discernable means of propulsion.” In plain English, that means that military personnel spotted unidentified aerial phenomena that appeared to be unaffected by wind, move in ways that can’t be explained and be propelled in ways that can’t be explained. Which is very, very interesting.

7. “With the exception of the one instance where we determined with high confidence that the reported UAP was airborne clutter, specifically a deflating balloon, we currently lack sufficient information in our dataset to attribute incidents to specific explanations.”

So, one time the thing that people thought was a UFO was a “deflating balloon.” But, ALL the other times the military and intelligence community can’t explain what the heck the UFO actually was. Which, again, BIG DEAL.

8. “Although most of the UAP described in our dataset probably remain unidentified due to limited data or challenges to collection processing or analysis, we may require additional scientific knowledge to successfully collect on, analyze and characterize some of them.”

Most of these episodes remain mysterious, according to the report, because there simply isn’t adequate information on hand to explain them. Then, however, there are some incidents that “may require additional scientific knowledge to successfully collect on, analyze and characterize some of them.” Like, advanced science beyond our current capacity. Interesting!