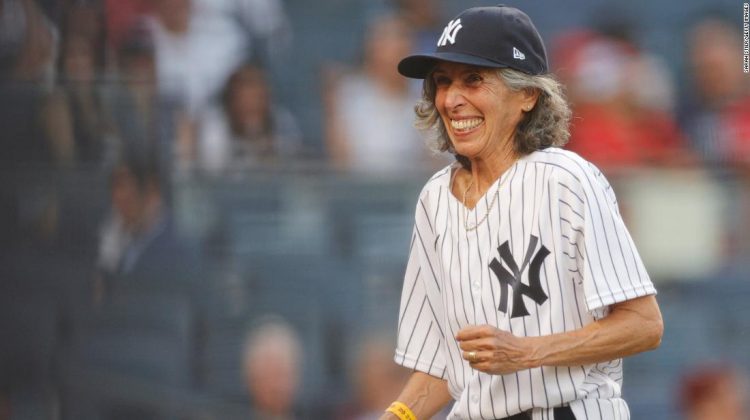 Sixty years later, Goldman got to prove him wrong.

Earlier this year, Goldman’s daughter, Abby McLoughlin, reached out to the Yankees about Hamey’s letter — which Goldman has displayed on her living room wall.

It caught the eye of current Yankees general manager Brian Cashman, who wrote Goldman a new letter offering her a spot as an honorary bat girl at Monday’s game against the Los Angeles Angels. Goldman received the note 60 years to the day of Hamey’s original message.

“Although your long-ago correspondence took place 60 years ago (six years before I was born), I feel compelled to resurrect your original request and do what I can to bring your childhood dream to life,” Cashman wrote, and later read out loud to Goldman on a Zoom call.

Cashman hired Ng as assistant general manager for the Yankees in 1998.

“Here at the Yankees, we have championed to break down gender barriers in our industry,” Cashman said in his letter. “It is an ongoing commitment rooted in the belief that a woman belongs everywhere a man does, including the dugout.”

On Monday night, Goldman took to the field in a Yankees uniform, high-fiving the other players and even throwing an honorary pitch. Her appearance was a part of the Yankees’ HOPE week initiative, where the team “shines a spotlight on a different individual, family or organization worthy of recognition and support,” according to its website.

“Amazing, a dream come true of sixty years,” Goldman said to reporters when she was in the dugout. “Pinch me to make sure I’m really not dreaming, that this is a reality.”